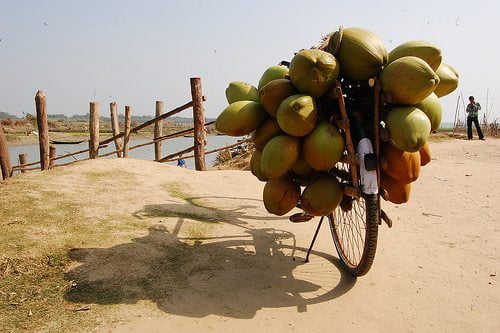 Parts of India are experiencing one of the worst heatwaves to ever hit central and northern regions, due to the late summer monsoon. Temperatures peaked at 44C in some areas, causing the death of many people due to sunstroke.

In East Godavari, another district, it is said that 31 people have died. District collector Neetu Prasad said, “The district was under the grip of severe heatwave in the last two days and high temperatures of 43-46C were recorded at various places. So far, the heatwave has claimed 31 lives in the district.”

In Rajasthan, temperatures also hit 43C, with weather forecasters saying it could rise further in the north-west.

The unusual heat is said to be caused by a late monsoon season, which hit the south of the country on June 6, later than usual.

Monsoon is vital to India, which gets around 80% of its rainfall from this phenomenon. Not only does it provide fresh water for agriculture and the environment, it is also a relief to the summer heat and a few days of delay can have devastating effects. A recent study suggested that the more the weather is unbearable, the more likely people might be to commit crime.

Earlier this month, around 1,600 people were reported to have suffered from the effects of a heatwave in Japan, with four dying. Last year, Argentina and Australia had their warmest and second warmest year on record respectively, with heat causing seven deaths in Argentina.