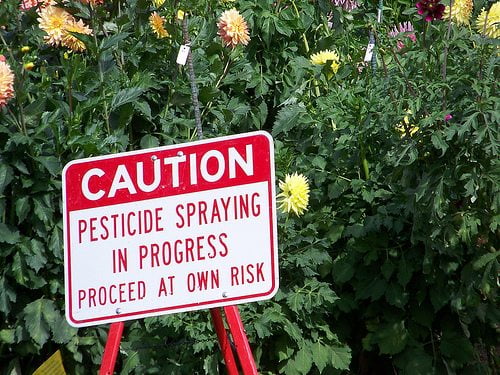 The European Food and Safety Authority (EFSA) has warned that two neonicotinoid pesticides – one of which was banned in April because of its harmful effect on bees – can cause developmental neurotoxicity (DNT) to human brain.

EFSA’s Panel on Plant Protection Products and their Residues (PPR) found that the two chemicals – acetamiprid and imidacloprid – might negatively affect brain functions such as memory and learning in humans.

The panel said, “Some current guidance levels for acceptable exposure to acetamiprid and imidacloprid may not be protective enough to safeguard against developmental neurotoxicity and should be reduced”.

EFSA suggested that the recommended level of the substances to which human can be exposed should be lowered. Parameters include the acute reference dose (ARfD), the acceptable daily intake (ADI) and the acceptable operator exposure level (AOEL).

However, the EU body added that the evidence collected so far has limitations and recommends further research be carried out.

Imidacloprid is one of the three neonicotinoid insecticides covered by the ban imposed by EU member states. Along with fipronil and two other neonicotinoids – clothianidin and thiamethoxam – it is considered to be harmful to bees and other essential pollinator insects.

Despite opposition from the UK, some other countries and chemical firms such as Bayern and Syngenta, the ban was approved in April and will be upheld for two years, starting from December.

Environmental NGOs have called on the UK government to make sure that the ban is “fully enforced”, while some groups have appealed to the European Court of Justice in response to the legal action taken by chemical firms, which had criticised the original assessment made by the EFSA back in August.