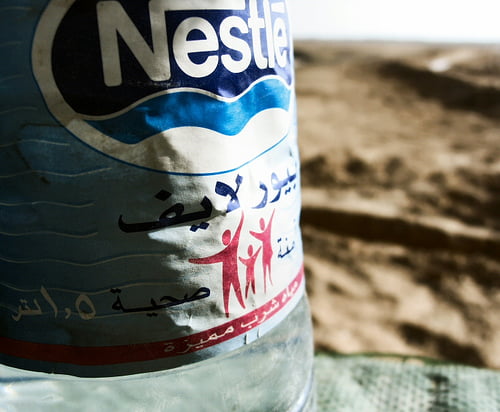 Nestlé CEO Paul Bulcke has warned about the possible consequences of a global water shortage – a threat that will hit the food industry particularly hard.

In a speech at the annual City Food Lecture entitled Water – the linchpin of food security, Buckle argued that the overuse of fresh water not only poses a serious threat to the environment but also to political and social stability.

Highlighting that water scarcity could cut global cereal production by 30% by 2030, he urged global leaders, businesses and shareholders to act quickly in implementing realistic solutions.

“Higher prices for staple cereals are not so much of a problem for the West, or for most people in Europe”, he said.

“But a price increase of more than 200% will certainly be felt when you have to spend 40-60% of your income on food, mostly staple food.

“It is only by working together with policymakers, civil society, agriculture and other stakeholders at local and international levels that we can develop effective, coherent and concrete action.”

He added, “This is an issue that must be addressed urgently. I am convinced it can be solved. We should give water the right priority, the right value.”

In a report by Oxfam earlier this week, Nestlé – one of the largest food producers in the world – was among those given scores for ethics and environmental credentials.

Although it fared better than many, the study still painted the firm in a relatively poor light, and lacking in the land, women and farmers categories. However, for water, it scored seven out of 10 – one of the best scores among the biggest brands that were examined.