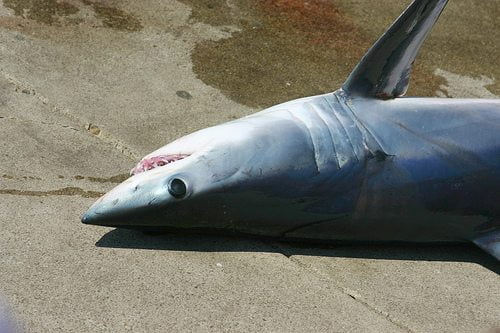 A new film by production company Panthalassa and supported by marine organisation Oceana is urging the world to act in order to preserve the ocean’s largest fish, threatened by commercial fishing but essential to the marine ecosystem.

The film premiere coincides with the International Film Festival in San Sebastian, Spain. It narrates of a world where large fish have disappeared through the memories of an old Basque fishermen.

English film director and producer Ridley Scott called the production, shot in the Basque country,  a “powerful and mature film”.

Around 90% of large predatory fish, such as tuna, sharks and swordfish, have declined over the past decade mostly because of unregulated mass-scale commercial fishing, posing dangers to the marine ecosystem that needs predators to thrive.

Sergio Penzo, creative director for Sea Legend  and activist, said, “Sea Legend is a project in which we have invested a huge amount of effort, as the public urgently needs to be sensitised on the need to protect our oceans.

“ After the premiere in San Sebastian, the film will be shown in Hamburg and New York. From the beginning of this project, Oceana has been a great partner in trying to convey the important message: Act before it’s too late. Protect what you love.”

Maria Cornax, campaign manager for responsible fishing at Oceana in Europe added, “We are heavily fishing stocks of tuna, sharks and swordfish to the very limit in order to supply the world’s market demand, with no management or control. Big fish our disappearing from the oceans, but continue to end up on our plates”.