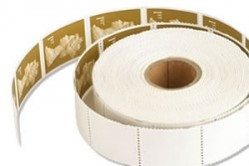 No More Than The Cost Of A Year’s Stamps: The UK Public’s Willingness To Pay To Fight Climate Change

Just days after Prince Charles’ landmark speech about the perils of climate change at COP21 in Paris, new research reveals just how little UK citizens are willing to pay out of their own pockets to fight it.

In the first study of its kind, Tanya O’Garra and Susana Mourato of the London School of Economics and Political Science asked over 1,000 adults how much they would be willing to contribute personally to a variety of projects designed to help developing countries adapt to climate change.

The answer: not very much.

The results of their study, published in the Journal of Environmental Economics and Policy, show that their respondents were willing to pay about £27 ($29.37) more income tax each year to support adaptation efforts in developing countries. To put that figure into perspective, £27 is around what most of us spend on postage stamps each year – and less than one third of the $100–$150 per capita World Bank estimates suggest is actually needed to help developing countries cope with change.

But just as interesting to the researchers as the sum itself was learning what informed their respondents’ decisions. O’Garra and Mourato noted that respondents admitted that they did not actually know much about climate change and its main cause, carbon dioxide emissions. In fact, 31% of the people they surveyed believed nature to be the main cause of climate change, something which had major implications for how committed people were to fighting its effects in far-flung regions.

“A belief that climate change is caused by nature allows some people to absolve themselves of responsibility toward those who will be negatively impacted by climate change,” they write.

Overall, the results of O’Garra and Mourato’s study confirm that willingness to pay (WTP) for adaptation in developing countries is strongly influenced by income, which is expected, but also by beliefs about whether climate change is happening, as well as existing preferences vis-à-vis support for adaptation.

The results also have implications for those trying to raise public awareness of the effects of climate change. Based on what we can learn from this study, it’s clear that climate change communication should become more targeted – and connect with the beliefs and values of different groups – rather than simply provide more information.