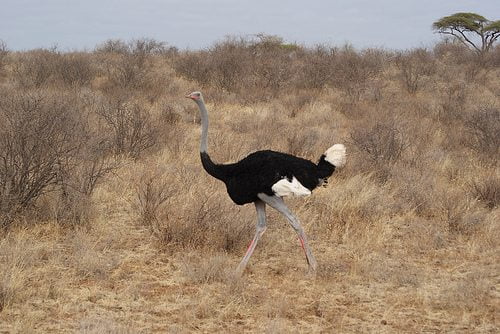 Of more than 350 newly discovered birds species, 25% have been already found endangered, according to charity BirdLife, which has called for more conservation efforts to protect birds.

A comprehensive review of prey, seabirds, water birds and owls has found 361 new species, previously treated as ‘races’ of other forms, finding that 25% of these is endangered. Conservationists fear that for some of them, it might already been too late.

The assessment by charity BirdLife for the IUCN Red List of Threatened species has found that some new species, such as the Somali Ostrich, have been listed as vulnerable, while previously labelled as of least concern because they were considered as part of a bigger group.

“Put another way, one tenth of the world’s bird species have been flying below the conservation radar”, said Stuart Butchart, BirdLife’s head of science.

At the same time, conservationists found that the status of many species has worsened because of human activities and identified some ‘bird hotspots’ to be also threatened, for instance, South East Asia, where deforestation and urbanization pose high risks to birds.

“The IUCN Red List is crucial not only for helping to identify those species needing targeted recovery efforts, but also for focussing the conservation agenda by identifying the key sites and habitats that need to be saved, including Important Bird and Biodiversity Areas”, added Butchart saying conservation efforts must increase.