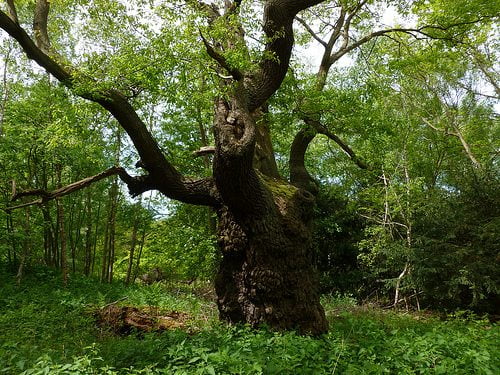 The environment secretary Owen Paterson has provoked a furious response from campaigners, after he said that some of Britain’s ancient woodlands could be cut down to make way for construction projects – as long as developers promise to plant 100 trees for every one they destroy.

Critics reacted angrily after Paterson said that a government proposed scheme of “biodiversity offsetting”, a strategy to compensate for the loss of biodiversity and natural habitats through development, could apply to 400-year-old woodland.

Defending the scheme, the environment secretary told the Times that by opening up new land to developers, it could accelerate construction while providing jobs and lowering housing prices.

He admitted that present generations of Britons would lose out, but added, “The point about offsetting is it will deliver a better environment over the long-term.”

The Department for Environment, Food and Rural Affairs (Defra) insists that the destruction of ancient woodlands would only be permitted for major construction projects, but environmentalists say this isn’t good enough.

“Ministers should be protecting nature, not gambling with it by allowing Britain’s best wildlife sites to be shifted around the country.”

“Offsetting the losses of wildlife that usually accompany development by creating replacement habitats could be a useful addition to the planning system”, a spokesperson said.

“But it mustn’t mean mature irreplaceable habitats being replaced by low-quality habitats that will take decades to develop the character and complexity of those that have been lost. There will be some habitats that are effectively irreplaceable and should not be part of any offsetting scheme.”

Wildlife blogger and former RSPB conservation director Mark Avery has likened the offsetting of such precious areas to closing down the universities of Oxford and Cambridge, only to replace them with a large number of nurseries.

In November, a committee of MPs concluded that while there was some merit to the idea, the government’s proposals for biodiversity offsetting were “overly simplistic”.

MPs on the committee were particularly concerned that offsetting could be “applied to ancient woodlands and sites of special scientific interest”, which they argued should be rigorously protected.

Such strategies have been piloted in the UK since 2011, while biodiversity offsetting schemes are already in operation in 25 countries, including the US and Germany.