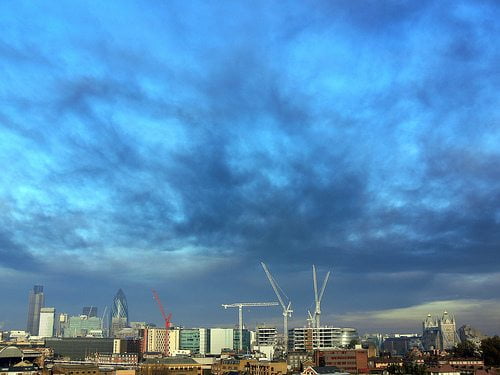 Pollution alarm to pull back on Friday

Forecasters have said that clean air from the Atlantic will tackle down pollution from Friday onwards, as London ambulance report a 14% rise in 999 calls due to respiratory problems.

The high levels of pollution that have hit parts of England since Tuesday are expected to drop by the end of the week, according to latest forecast.

Clean Atlantic air is predicted to blow away the pollution on Friday, but as of now pollution warnings remains in place in more than 20 locations across the country.

The crisis has been triggered by a combination of atmospheric events, such as winds, warm temperatures and absence of rainfall, along with a dust storm from Sahara. However, the main cause of the pollution is said to be the large amount of emissions, both from the UK and from Europe.

Nevertheless, authorities have minimised the problem, with David Cameron blaming the Sahara dust – despite this is said to contribute only for a small 5% – while London mayor Boris Johnson said the air seemed “perfectly fine” to him.

Campaigners and MPs have criticised the lack of government measures to address air quality.

Joan Walley, the chairman of the environmental audit committee, commented on Johnson’s claim, “It’s not a question of whether the air ‘seems fine’. It’s how we measure it and act accordingly and comply with European air quality standards. It’s an invisible problem until the health effects kick in. Then it’s a public health crisis.”

Shadow environment secretary Maria Eagle added, “This is not just an environmental problem. It is a serious health problem because poor air quality causes 29,000 early deaths each year in the UK, at an average loss of life of 11.5 years.”