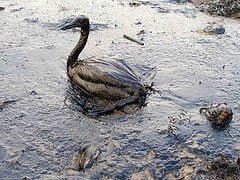 Prime Minister Asked to Step In and Save British Wildlife

Over the past few weeks the UK Government has been under escalating pressure from the public to protect our much-beloved British wildlife and save the National Wildlife Crime Unit (NWCU). World Animal Protection has been campaigning to ensure the world-leading police unit, dedicated to tackling wildlife crime in the UK and abroad, is saved and on Wednesday in Prime Minister’s Questions David Cameron was asked exactly what he planned to do to uphold his commitment to fight wildlife crime.

The NWCU’s future has become uncertain due to Government spending cuts resulting from the Autumn Spending Review, and its current funding runs out in March, with Ministers still refusing to answer what the future hold.

The work of the NWCU, on a shoe-string budget of £427,000 is frankly remarkable, and as such it richly deserves to be a treasured institution.

Wildlife crime is abundant across the UK and internationally with animals being harmed, persecuted and taken from the wild. Animals are hunted, smuggled, butchered for their body parts or kept alive in order to be sold on. The NWCU is absolutely critical in the fight against wildlife criminals. Without them, wild animals will be at a much greater risk of suffering cruelty.

The Government, and the whole of the UK, and the international community, depends on the NWCU to provide a centralised intelligence and investigations unit to deal with the complex array of wildlife crimes happening at home and abroad.

The unit provide expert advice and coordinate the work of police forces up and down the UK in tackling a complex array of domestic wildlife crimes.

On top of their domestic work the NWCU help tackle the international illegal wildlife trade which the UK is a hub for. In 2015 the Unit led the seizure of more than 400 items banned under the Convention on International Trade in Endangered Species (CITES).

Even considering scrapping a unit that we all rely upon to tackle wildlife crimes is frankly nonsense. Especially when you consider that the UK Government has already committed £13 million to projects around the world tackling the illegal wildlife trade.

How on earth at the same time can they be contemplating getting rid of a vital unit in the UK that only costs £427,000 a year to run?

Last week 62 MPs joined Word Animal Protection in the Houses of Parliament to urge the Government to Save the National Wildlife Crime Unit.

The Prime Minister, was asked to step into the debate and save the Unit himself. When asked by Labour MP Jim Dowd during Prime Minister’s Questions, Mr Cameron praised the work of the unit domestically and around the world but could only say that a decision is “still to be made about the future”.

Time is now running out for the NWCU but you can help in these last few days by signing and sharing our action, using #SaveTheNWCU on Twitter. Click here for more about the campaign.