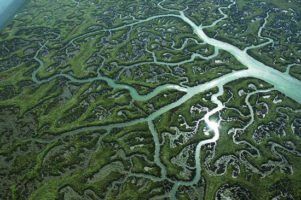 Spain’s natural beauty, Doñana National Park, may become the 1st natural World Heritage site in an EU member country to be added to UNESCO’s list of World Heritage in danger.

Doñana faces a myriad of threats. The World Heritage site, located in southern Spain, provides habitats for as many as 4000 species, six million migratory birds each year and the world’s rarest feline species, the Iberian lynx. The report, Saving Doñana: From Danger to Prosperity, produced for WWF by Dalberg Global Development Advisors, identifies looming threats from intensive agriculture, mining, and gas storage.

The most urgent threat identified by the UNESCO World Heritage Committee is dredging of the Guadalquivir River. Spain must report to UNESCO that they will cancel the dredging project and not permit any future dredging by 1 December 2016. Dredging would worsen existing damage to the park and estuary. Consequently, the World Heritage status, the species inhabiting the national park and the wetland itself face imminent devastation.

WWF is today launching a #SaveOurHeritage campaign to motivate the Spanish government to abandon dredging plans, and to protect the outstanding universal value of the site.

“World Heritage sites belong to all of us. Spain only has until 1st December 2016 to abandon dredging plans to the UNESCO World Heritage Committee or the site will be inscribed on the ‘in danger’ list. At risk is not only precious wildlife but also the livelihoods of the region’s 200,000 inhabitants in the fishing, farming, research and ecotourism industries. We need people to help us motivate the Spanish government today at wwf.org.uk/donana ”

The situation is already critical and now we have the embarrassing prospect of an in danger listing for our most famous World Heritage site.

“Doñana is at a crossroads, either the Spanish government adheres to the international commitments it has made to safeguard this vital area that provides benefits to the entire world, or it allows it to be exploited to the point of no return. The situation is already critical and now we have the embarrassing prospect of an in danger listing for our most famous World Heritage site.”

“Since the beginning of the 20th century, Doñana has lost over 80 per cent of its natural marshes. In recent years, illegal and unsustainable water use have severely impacted its natural value resulting in reduced biodiversity and dried out lagoons.

“Despite Doñana’s significance and the fragile condition highlighted in the analysis, there is a proposal to dredge the Guadalquivir River. Dredging would worsen existing damage to the park and estuary, and would directly endanger the 4,000 species in Doñana, many of which are unique to the area.”

In spite of Doñana being protected by several international agreements, including the World Heritage Convention, the Spanish government has failed to safeguard the site from harmful industrial activities that threaten its outstanding natural value.