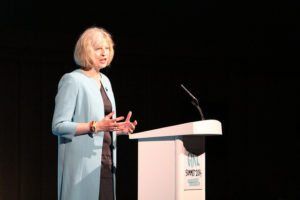 Protecting Our Wildlife And Environment Should Be Key To Brexit Plan

With the Prime Minister set to unveil the government’s plan to make a ‘success of Brexit’ at the tory party conference, Friends Of The Earth have urged the government to commit to matching or exceeding EU protections for the environment.

Over 70% of our environmental laws currently come from Europe, which is why post-Brexit we will need new UK rules to protect our wildlife and nature. But some in government have expressed their dislike for the ‘Nature Directives’ including farming minister, George Eustice MP, who previously described them as “spirit crushing”.

Rules which protect the UK’s nature are widely supported across the country – by both remain and leave voters. A recent YouGov survey, commissioned by Friends of the Earth, revealed 83% of Britons said the government should pass laws providing a higher (46%) or the same (37%) level of protection for wild areas and wildlife species than current EU laws. Only 4% wanted lower protection.

Making a success of Brexit has to include protecting British wildlife and nature and ensuring that the UK takes a leading role in addressing climate change.

Commenting ahead of the Conservative Party conference, Sam Lowe, Friends of the Earth, campaigner said:

“Making a success of Brexit has to include protecting British wildlife and nature and ensuring that the UK takes a leading role in addressing climate change.

“There is still lots of uncertainty surrounding Brexit. As Theresa May takes to the conference stage on Sunday, she should use this as an opportunity to reassure the public and commit to upholding and expanding popular laws to protect Britain’s bees, birds, wildlife and nature.

“Right now, we’re facing environmental crises, from climate change to the pollution of our seas, which require countries to work together to find solutions. Brexit cannot be used as an excuse for the UK to turn inwards, nor to backtrack on its environmental commitments.”