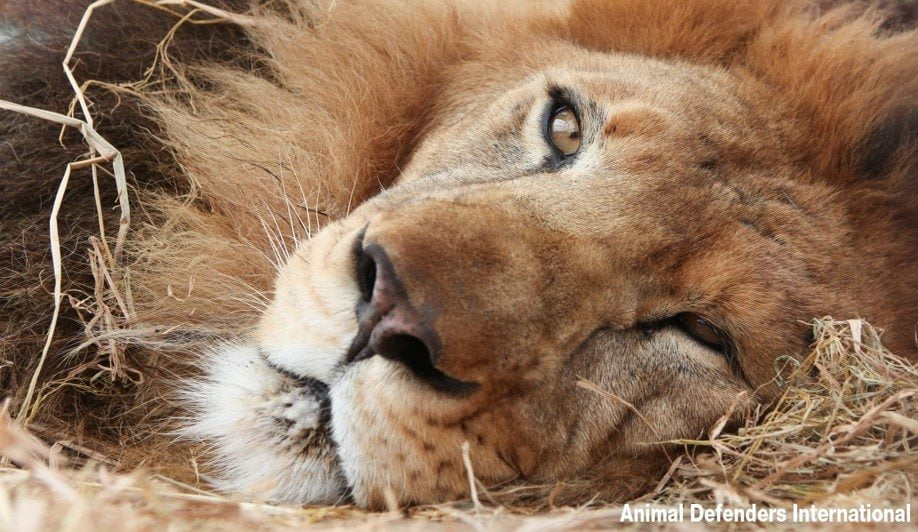 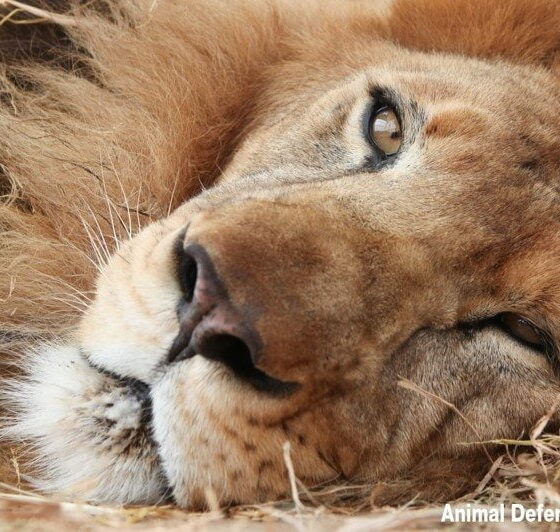 Award-winning Bond actor Sir Roger Moore has launched an urgent appeal to the public to help Animal Defenders International fly 33 lions home to Africa. The big cats endured years of brutality and confinement in circuses in Peru and Columbia but now a perfect home has been found for them in their native Africa.

Sir Roger Moore said, “Please give what you can to help give the animals saved by Animal Defenders International the peace and sanctuary they need. Together we can take these animals, who have suffered so much, to their forever homes.

Almost all of the lions have been mutilated to remove their claws, one has lost an eye, another is almost blind, and many have smashed and broken teeth because of their circus life. With help from the public, they could soon retire in the sunshine in huge natural enclosures at Emoya Big Cat Sanctuary in South Africa.

Jan Creamer, Animal Defenders International President said, “For these lions, Sir Roger really is the spy who loved them. With the public’s help we will give these lions the happily-ever-after they deserve, arriving neither shaken, nor stirred after their epic journey. These animals have endured terrible suffering, now please, help us get the animals back to Africa where they belong by donating now.”

The lions have led such tragic lives that it is not possible to return them to the wild, so ADI will be doing the next best thing, a retirement in huge natural bush enclosures back home under the African sun.  Construction of the habitats at Emoya Big Cat Sanctuary is underway but the biggest challenge is getting the 33 lions there.

ADI will be chartering a Boeing 747 to transport all 33 lions direct from Lima to Johannesburg, at a cost of £220,000 / R4.7 million. It is hoped that with the public’s help, the lions will arrive home in time for Christmas.

The Spirit of Freedom flight will be the culmination of Animal Defenders International’s year long Operation Spirit of Freedom, working with the Governments of Peru and Colombia to eliminate the use of wild animals in circuses and tackle wildlife crime.

Almost 100 animals have been rescued during the operation including bears, six species of monkeys, coati mundis, kinkajous, and a puma who have already been relocated back to their native habitats.  The mission has been entirely funded by donations.

All 33 lions have passed veterinary checks and been given microchips ready for their flight to freedom.

Please donate now to help get the lions home.