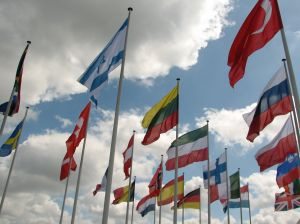 Sixty-one out of 66 countries, including emerging economies, have so far promoted laws to reduce their greenhouse gas emissions, according to the latest report by the Global Legislators Organisation (Globe).

Almost 500 pieces of legislation on climate change have been approved globally, including in China, Mexico, Bolivia, El Salvador and Mozambique.

The Globe study, co-authored by the Grantham Research Institute on Climate Change in London, considers 66 countries which account for 88% of greenhouse gas emissions.

Lord Deben, president of Globe International and chairman of the UK’s Committee on Climate Change, said, “It is by implementing national legislation and regulations that the political conditions for a global agreement in 2015 will be created.

“We must see more countries develop their own national climate change laws so that when governments sit down in 2015 they will do so in very different political conditions to when they did in Copenhagen.”

Although Japan and Australia showed regression on the issue, Globe said that there are signals saying that countries were taking climate change seriously, which would hopefully mean they could find a global agreement at the Paris climate change negotiations in 2015.

However, Deben wrote in the report, “We should be clear that the legislative response thus far is not yet sufficient to limit emissions at a level that would cause only a 2C rise in global average temperature, the agreed goal of the international community.

“However, it is also clear that the cumulative effect of the advances in national legislation outlined by the study is the creation of a strong foundation on which a post‐2020 global deal can be built.”