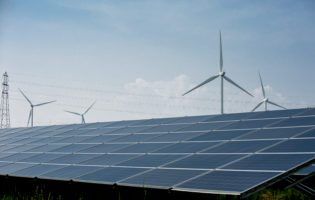 Fears that the possible Brexit will negatively effect the Government’s commitment to creating a low-carbon economy have been dispelled as leading renewable specialist, Rexel UK welcomes news of the UK’s competitive new carbon reduction target for the early 2030s.

In a compelling proposal delivered to Parliament on 30 June (2016), energy and climate change secretary, Amber Rudd set out a target of reducing carbon emissions by 57% by 2020 on 1990 levels.

Constituting the ‘fifth carbon budget’, this emissions reduction should leave the UK on track to meet its Climate Change Act target of an 80% reduction in emissions by 2050.  Notably, it is even tougher than the original target the UK signed up to as part of the European Union (EU), which requires a 40% cut by 2030 on 1990 levels.

Chris Gibson, corporate sales director at Rexel UK comments: “Asides from the economic repercussions, a big concern around Brexit, should it go ahead, has centred on how it will impact the Government’s green agenda. It was, after all, only last December (2015) where we participated in the United Nations Climate Change conference, as part of the EU, to set out a legally-binding plan of action to achieve climate neutrality.”

“It is therefore extremely reassuring to see that the UK Government isn’t even just sticking its pre-agreed commitments but going beyond this in some of the most ambitious carbon reduction objectives ever witnessed.”

As a business committed to aiding the climate change plight, Rexel UK’s parent company, Rexel Group, has set objectives to double sales of energy efficiency products and services by 2020 (based on 2011 figures) and reduce at least 30 per cent of carbon emission of its operations by 2020 (based on  2010 figures).

Aligned to this, Rexel provide its customers with the latest solutions which can help them reduce their energy consumption and carbon emissions; including everything LED lighting solutions, new-generation electric motors, “multi-energy” eco-efficient solutions and power control and regulating solutions. In addition, the Group is currently enhancing the energy efficiency of its sites by using energies with lower emissions and optimising the transportation of goods and travel by employees.

Chris adds: “The reality is that, regardless of the outcome of the EU or Government policy, the escalating issue of climate change is a very real, tangible threat in every part of the world. Therefore, from huge, global corporations through to smaller businesses and even the end consumer, we all have a part to play in making the switch to a greener way of life to safeguard our future.”