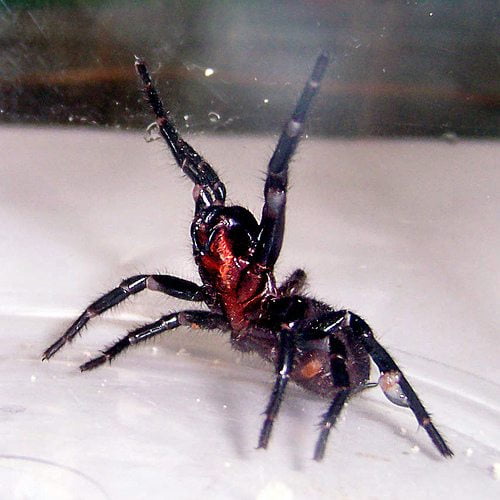 The venom from a deadly Australian spider has been combined with a plant-based protein to create a bio-pesticide that poses no threat to bees. Scientists claim it could provide a viable alternative to the chemicals that have been linked to the pollinators’ decline.

Researchers from Newcastle University have discovered that by mixing the venom of the Australian funnel web spider – one of the world’s most dangerous spiders, whose venom releases neurotoxins – and snowdrop lectin, they obtain a substance that can kill insect pests but does not harm bees.

Bees exposed to large amount of the substance, called Hv1a/GNA, showed little if any problems and did not have their learning or memory affected. The dose they were fed was much larger than what bees would usually be exposed to.

Lead author of the study Erich Nakasu said, “This is an oral pesticide so unlike some that get absorbed through the exoskeleton, the spider-snowdrop recombinant protein has to be ingested by the insects.

“Calcium channels are linked to learning and memory in bees so it’s vital that any pesticide targeting them does not interfere with this process.

“Although Hv1a/GNA was carried to the brain of the honeybee, it had no effect on the insect which suggests the highly selective spider-venom toxin does not interact with the calcium channels in the bee.”

The substance has the potential to become an incredibly convenient and eco-friendly pesticide, which would be able to replace current chemicals, some of which have been proved to affect bees’ survival.

A recent study by Harvard University suggested the existence of a direct link between a class of pesticides called neonicotinoids and colony collapse disorder (CCD). Three neonicotinoids were banned in the EU in December, with authorities hoping this could help stop the decline of the pollinators, which is occurring through Europe and the US.