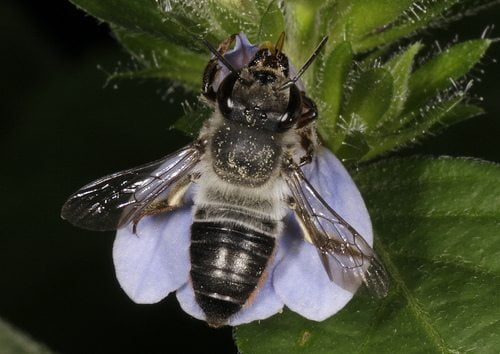 The Scottish government has announced it will create a protected area on the island of Colonsay, to preserve the country’s native black bee.

The black bee is the only sub-species of honeybee native to northern Europe, but few colonies remain. Thanks to a new Bee Keeping Order, which came into force on Monday, the species will now be protected.

Scottish environment and climate change minister Paul Wheelhouse said, “The black bee is an important genetic resource for all beekeepers – from a Scottish perspective and a considerable academic interest too.

“Our belief in this has led us to seek protection for the bee and thus help to protect its genetic integrity from long term dilution and loss of this important asset. The introduction of this strong, landmark legislation – overwhelmingly backed in our consultation last year – will go a long way to achieving our aim.”

The colony on Colonsay is one of very few groups in Europe and the reserve will be the first in the UK to protect honey bees.

“The colonies being kept on the island are an increasingly rare source of black bees left in Europe, highlighting the importance of this reserve – the first of its kind in the UK”, Wheelhouse said.

“The Bee Keeping Order will ensure that the population of black bees on Colonsay are protected from hybridisation with non-native bees, ensure a bright future for black bees on the island and illustrates how our non-native species legislation can be used to protect our natural wildlife.”

Bees have been declined in Europe over the past few years. There are thought to be many causes, but scientists have particularly linked the phenomenon to the use of a range of pesticides. The EU has banned some of these chemicals for two years, starting from December 2013.