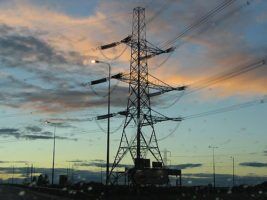 Today’s decision by the Scottish Government to ban Underground Coal Gasification has been welcomed by Friends of the Earth Scotland. According to Energy Minister Paul Wheelhouse, UCG poses numerous and serious environmental risks and should have no place in Scotland’s energy mix.

“This is a victory for people power. Setting coal seams alight under two of our major Firths was always a reckless idea and today the Government has listened to communities and put an end to this risky industry. We very warmly welcome the Energy Minister’s announcement of an effective ban on underground coal gasification.

Fracking should not happen here in Scotland or anywhere. We stand in solidarity with the people of Lancashire.

“The history of UCG is littered with contamination incidents, ground subsidence and industrial accidents. Today’s announcement will come as a huge relief to communities around the Forth and Solway Firths faced with this highly experimental technology, and give heart to communities threatened by other intrusive new fossil fuels. We look forward to the Scottish Government acting swiftly to ban shale gas fracking and coalbed methane drilling once it has finished its review.

“Today’s UCG decision is the first time the Scottish Government has said no to more fossil fuel extraction and marks a hugely important turning point in the fight against climate change. To have any chance of keeping warming under the critical 1.5C limit we need a radical and fair overhaul of our energy systems, and commitment to leaving fossil fuels in the ground.”

A moratorium on Underground Coal Gasification was put in place on 8 October 2015, separately from the ongoing moratorium on shale gas fracking and coalbed methane extraction. The fracking moratorium continues, with a set of studies underway and a public consultation due this winter.

“Celebration of this decision in Scotland is bittersweet given the news that the UK Government have ignored massive community opposition and approved fracking in Lancashire today. Fracking should not happen here in Scotland or anywhere. We stand in solidarity with the people of Lancashire.”

“This decision is great news for the environment and a victory for those who have fought tirelessly to resist these climate-trashing schemes.

“In the coming months we hope Scottish Ministers will similarly reject plans to frack for gas. The science is clear – to protect our climate the vast majority of fossil fuel reserves must remain unburned.

“Pursuing new fossil fuels would be a distraction from the renewables revolution already underway in Scotland. With well over half of our electricity now coming from clean renewable sources, we should be focusing on expanding renewables in to other sectors such as heat and transport.

“We hope this decision sends a signal globally that Scotland is embracing the shift to a zero carbon future, and is determined to continue to be a climate change leader.”