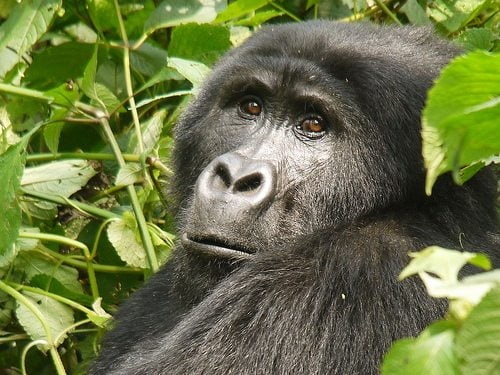 Naturalist and broadcaster Sir David Attenborough has called on the “global community” to raise £110,000 in order to protect endangered mountain gorillas in Africa, in his first ever crowdfunding campaign.

Attenborough has pledged to help the charity Fauna & Flora International (FFI) increase the population of species to over 1,001.

Speaking in Westminster to promote the crowdfunding campaign, which appears on Indiegogo, he said he aims to raise funds to monitor mountain gorilla populations and patrol forests to tackle poaching and deforestation.

“If we are to ensure the survival of mountain gorillas, it is vital that the global community supports our efforts”, he added.

“Spending time with these gentle creatures in their natural habitat was a profoundly moving experience. It was abundantly clear, however, that a lethal cocktail of threats including poaching, human encroachment and habitat loss was driving these magnificent, gentle creatures to the very brink of extinction.”

The launch of the campaign coincided with the first UK Crowdfunding Day, taking place on Friday November 1.

Attenborough added, “By supporting this campaign and promoting it through your networks, you will not only be helping to secure a future for mountain gorillas, but also the tens of thousands of Rwandan, Ugandan and Congolese people who have come to depend upon them for their livelihoods and wellbeing.”

Barry James, organiser of the Deep Impact crowdfunding conference, taking place on Friday, said, “Crowdfunding is revolutionising how businesses are created, making them more people-centred, enabling and supporting the causes the crowd are passionate about. It’s rebooting funding as we know it.

“It’s reshaping the landscape for causes, charities and social enterprises and also for startups, entrepreneurs and medical research and has great potential for our communities, towns and cities across the UK. Crowdfunding has changed the financial landscape forever.”