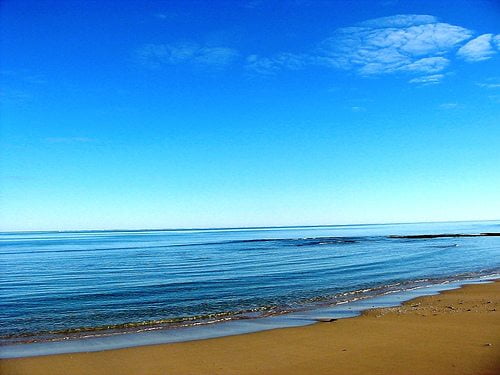 Increasing levels of carbon dioxide in the atmosphere is causing oceans to become more acidic, with potentially devastating consequences, a new study has claimed.

The research, by the Alfred Wegener Institute Helmholtz Centre for Polar and Marine Research (AWI) and published in the journal Nature Climate Change, claims that ocean acidification can be potentially fatal for some marine life.

The oceans absorb more than a quarter of carbon dioxide emitted from manmade sources into the atmosphere. If it were not for this, the Earth would now be a great deal warmer. However, carbon dioxide dissolves in water and forms carbonic acid that causes the pH value of the oceans to drop. Many species are likely to struggle to adapt to such rapid changes to their environment.

Hans-Otto Pörtner, professor of marine biology and co-author the study told the Guardian, “The current rate of change is likely to be more than 10 times faster than it has been in any of the evolutionary crises in the Earth’s history.

“We are already seeing warm water coral reefs on a downslide due to a combination of various stressors, including [rising] temperature. Ocean acidification is still early in the process [but] it will exacerbate these effects as it develops and we will see more calcifying species suffering.”

The report looked at data collected from 167 studies regarding over 150 different species. All animal groups considered were found to be affected negatively by rising carbon dioxide concentrations. Marine life such as corals, echinoderms and molluscs are particularly vulnerable.

However, the process of acidification is a particularly slow one, and Pörtner explains that much of the damage could still be avoided if greenhouse gas emissions are urgently reduced.

In a second study, also posted in Nature Climate Change, researchers have suggested that ocean acidification can further increase the speed of global warming through a process that has not previously been included in climate change projections.