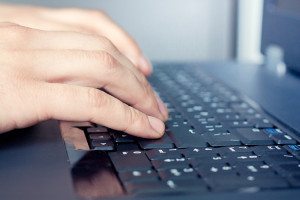 How Does Telecommuting Affect the Environment?

Telecommuting is becoming more and more popular. As businesses seek ways to cut costs, the modern employee looks toward a more flexible work life. However, what does this work style really do for the planet? Let’s take a look.

Keeping Cars off the Road

By eliminating your employees’ morning commute, you’ll reduce carbon emissions. When workers do their jobs from home, they don’t have to drive to and from work – which can have a substantial impact. Furthermore, by implementing a reliable VoIP and remote messaging service, you’ll ensure everyone can stay connected at a moment’s notice, enhancing productivity.

The savings aren’t just economical. This scenario would reduce greenhouse gas emissions by 54 million tons, save over 640 million barrels of oil, and reduce over 119 billion miles’ worth of wear and tear on the roads each year.

At the office, it’s not uncommon to see people printing hundreds of single-sided pages. At home, most people think twice about those resources. In many cases, telecommuting doesn’t use paper at all, opting instead for electronic PDF documents and online faxing.

By using less paper, telecommuters and the companies that employ them also take up less storage space, cutting down on the need to maintain office or storage buildings. As a result, less energy is spent on electric, heating and cooling costs.

Paperless or low-paper offices aren’t the only factor in reducing electricity usage. Think of how many machines in your office are powered by electricity. From computers and printers to lighting fixtures and coffee machines, powering down saves a lot of energy. By working from home, telecommuters can significantly reduce their energy usage, especially by using eco-friendly practices at home.

Companies That Have Made a Difference

A number of major companies have made great strides in environmental improvements by implementing a functional teleworking system. Here are some of the outcomes.

– Dell. In the 2014 fiscal year, Dell saved 6,700 metric tons of greenhouse gas emissions – the equivalent of keeping a car off the road for almost 16 million miles. This also saved the company $12 million.

– Xerox. Approximately 11 percent of Xerox’s domestic workforce telecommutes. As a result, the company reduced CO2 emissions by over 40,000 metric tons in 2014, the equivalent of 92 million miles of driving and 4.6 million gallons of gasoline.

– Aetna. Over 43 percent of Aetna’s employees participate in the company’s remote work program, keeping the equivalent of 127 million miles of driving off the road and saving 5.3 million gallons of gas. The company reduced CO2 emissions by almost 47,000 metric tons.

Telecommuting helps the earth in a number of ways, making it a great option for companies that want to be more environmentally responsible. If your company can offer this kind of flexibility without losing productivity, allowing employees to work remotely can make a huge difference.