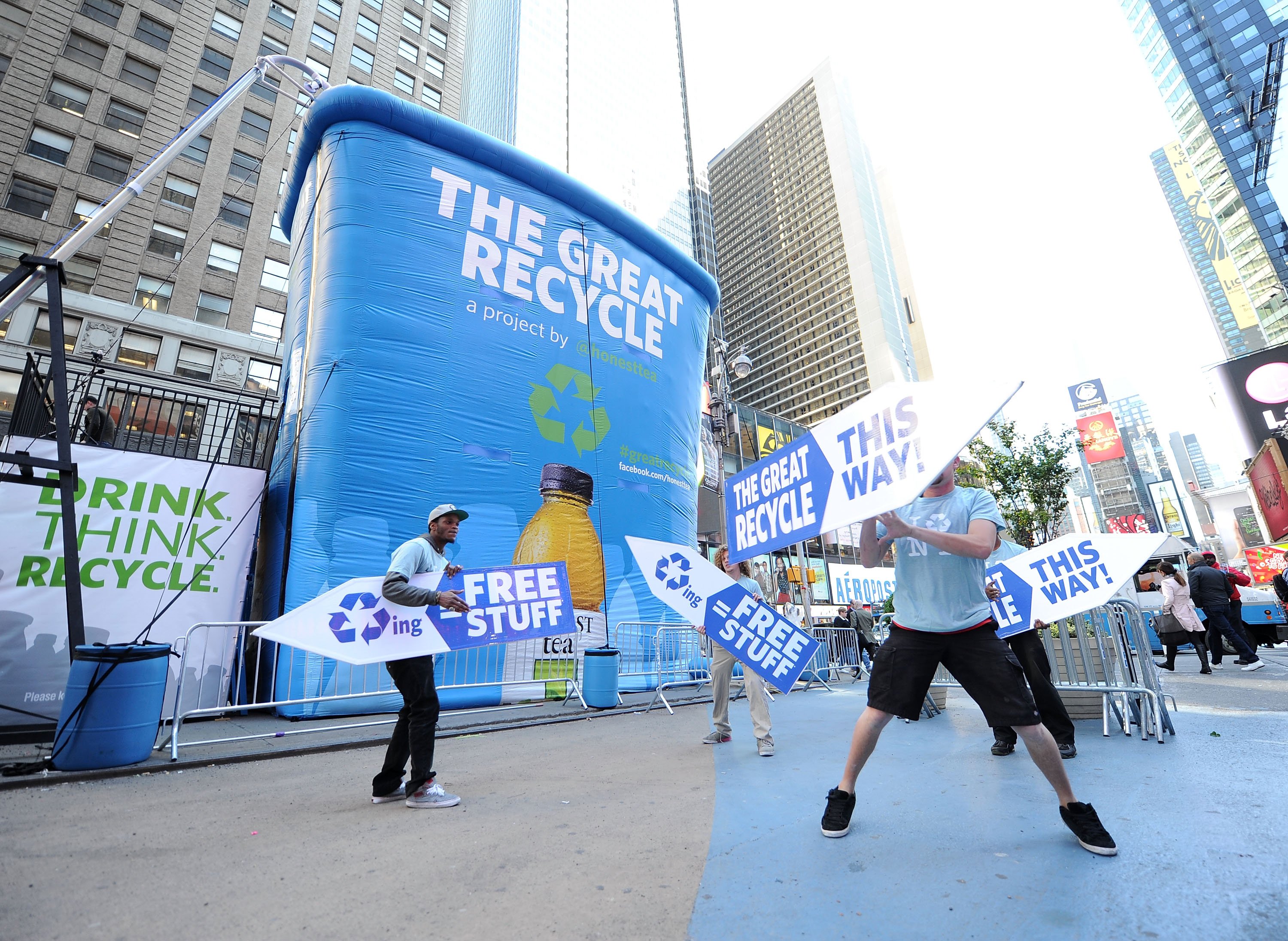 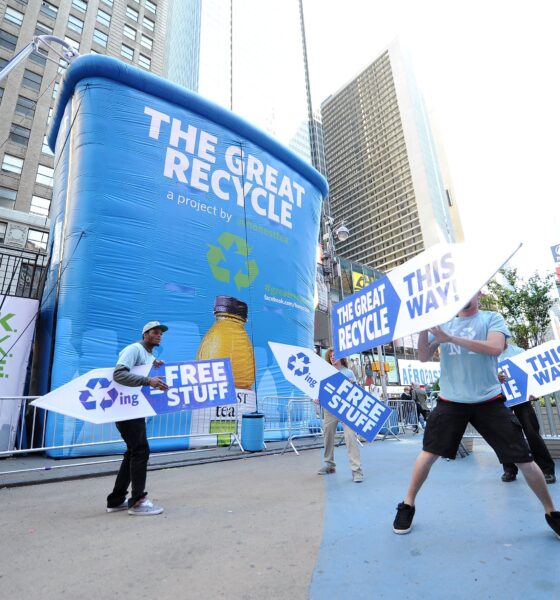 Monday saw the launch of a new, American recycling initiative called “The Great Recycle” in Times Square, New York, in an attempt to collect more than 45,000 plastic bottles in one day, which is said to be the approximate number of bottles sold daily in the city.

The event, kicked off by Honest Tea featured a strategically placed 30-foot tall recycling bin in which New Yorkers put more than 15,000 empty plastic, glass and aluminium beverage containers. The plastic bottles collected are to be recycled into pieces of plastic lumber and watering cans that will be used to build raised beds in urban gardens for New York City public schools.

“We are thrilled with New York’s response to our invitation to keep the (re)cycle going,” said Seth Goldman, co-founder and TeaEO of Honest Tea.  “While we captured one-third of the amount of bottles Honest Tea sells in a day in New York City, the scale of our effort illustrates how much more work communities need to do to boost national recycling rates above 30%, let alone our long-term goal of recapturing every bottle that we sell.”

Across the US, people are able to sign up to The Great Recycle through the online pledge; there are already 35,000 people dedicated to recycling more each week. As a means of drawing people to make their pledge, The Great Recycle offers points in return for bottles collected in association with RecycleBank, which can be used to gain discounts.

Dan Forman, publicist for Honest Tea, said, “We created The Great Recycle as a way to help Americans understand how easy and important recycling can be and we hope that by hosting a larger-than-life recycling event, we will motivate people to recycle bottles instead of throwing them away.

“The event also gives us the chance to talk about our long-term commitment to recycling. Our goal is to collect the same amount of bottles we produce by 2020.”

Honest Tea chose New York as the pilot location as a show of support for Mayor Bloomberg’s pledge to double recycling in New York City by 2017. The Great Recycle bin acts as a beacon to create a buzz about the event but also about recycling in general. Every year in America, people throw away enough paper and plastic to circle the equator 300 times. Certainly a large problem that needs people to change their behaviour.

Here in the UK, Blue and Green Tomorrow have previously reported on similar such initiatives, such as Every Can Counts and created a dramatic infographic that shows drinks can consumption and how far we have to go to recycle all cans.

It is very clear that we must make recycling a good, everyday habit to combat waste of valuable resources and the need for landfill or incineration. Considering our consumption patterns is also crucial. Choosing what you but and where you buy it from is also important. We recommend shopping more sustainably by visiting the Ethical Superstore.