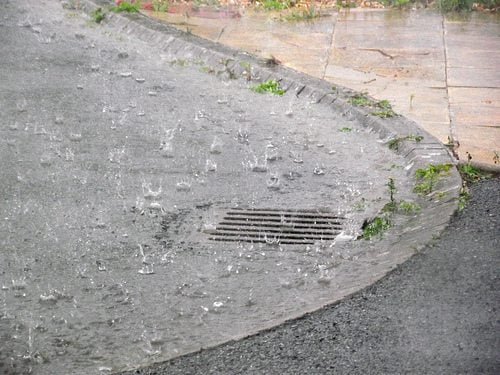 The saying “It never rains but it pours” is truer than ever in Scotland, says new research into how our climate is changing

New research at the University of Warwick with colleagues from the London School of Economics has identified changes in the shape of rainfall across Europe; changes in the amount of drizzle compared with downpours and everything in-between.

Professor Sandra Chapman of the University of Warwick and co-authors Professor Nicholas Watkins and Dr David Stainforth from the London School of Economics have today published new research demonstrating how the variability in the way it rains makes it intrinsically difficult to identify the character of local climate change. Difficult but not impossible. In places such as Scotland, the Dordogne, Tuscany and the Low Countries, changes are evident despite the variability. The research team have looked at 63 years’ worth of European rainfall data and found location-specific changes in the character of rainfall that are sometimes big enough to pick out directly from the local observations.

Sandra Chapman from the University of Warwick said: “We have found that in many places in Scotland the rain on heavy rainfall days has increased by over 50%. However, in some places in the Highlands this rain has shifted from light rain days so overall it’s not much wetter but when it does rain it is more intense. In other Scottish locations the change reflects an increase in the total amount of rain and snow overall.  For all these areas of Scotland the old adage “It never rains but it pours” has become truer than ever.

“We have also found related results across Europe. In south west France it is drier with less rain on all types of rainy days but in Tuscany it is drier with heavy rainfall in particular being reduced.”

Nicholas Watkins from the London School of Economics and the University of Warwick said: “Knowing the change in average rainfall is not enough to understand the change in intense rainfall. In fact changes in variability often have a greater impact on extremes.

“The research demonstrates how rainfall variability – in particular what is known as the “long tail” of rainfall distributions – makes it hard to identify changes just by looking at local observations. Even when we create data where changes are known to exist they can sometimes be impossible to identify because there aren’t many days in a season.  So just looking out your window – even if you do it every day and keep a careful log – can create a misleading impression about local climate change. Our method quantities this uncertainty directly from the observations; we can identify when we know things are changing, when we know things are not changing, and when we know that the data cannot tell us whether things are changing or not.

David Stainforth from the London School of Economics said: “This work demonstrates how the impacts of climate change are complicated and local. As a consequence it is likely that individuals will have different perspectives on anthropogenic climate change if their views are based mainly on personal experiences of weather rather than on the underlying fundamental science.”

“This study, and an earlier related one on temperature differences by the same team, provides a new source of information to support local decisions made in the context of climate change; decisions relating to flood protection, insurance, water provision, agricultural planning or even just what will grow best in your garden.”

The research is presented in the paper Limits to the quantification of local climate change, by S. C. Chapman, D. A. Stainforth, and N. W. Watkins published in the journal Environmental Research Letters on  16th September 2015.