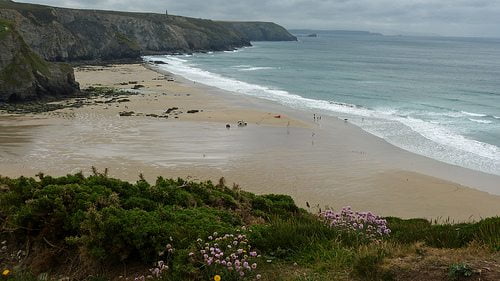 Last year’s hot and dry summer dramatically improved the water quality at a record 73% of beaches in Britain, which are now rated ‘excellent’ by the Good Beach Guide.

Compiled by the Marine Conservation Society (MCS), the guide states that only 2% of beaches failed on quality, while 73% – or 538 out of 734 – are recommended.

MCS coastal pollution officer Rachel Wyatt said, “It’s great news that we are able to recommend more beaches than ever for excellent water quality and it shows just how good British beaches can be. The main challenge now is maintaining these standards, whatever the weather.”

The figures are a dramatic improvement compared to the previous year when, after a wet summer in 2012 caused agricultural pollution and sewage to affect water quality, the charity recommended only 403 beaches.

In 2011, a third of beaches failed because of the presence of the bacterium E.Coli in the water. However, the dry and hot summer of 2013 significantly changed the situation.

Wyatt explained, “Most people don’t realise what a big impact the weather can have on bathing water quality, but this has really been highlighted in the last few years.

“2008, 2009 and 2012 were, according to the Met Office, amongst the wettest summers on record since 1910, and fewer UK bathing waters met minimum and higher water quality standards because of increased pollution running off rural and urban areas and overloaded sewers.”

By the end of 2015, bathing waters will be regulated by a stricter European legislation, the EU Bathing Water Directive, which means that more will have to be done to maintain high standards.

The MCS recently also revealed that litter on British beaches had reached a record high in 2013.