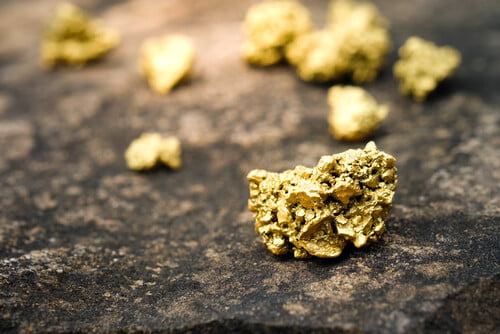 Tips On Reducing The Impact Of Gold Mining And Processing

Gold has been one of the most valuable commodities since the beginning of time. It has been treasured since the days the Pharoahs of Egypt built their pyramids and the Aztecs paid homage to their god Montezuma. Although gold is a metal full of luster and the universal symbol of wealth, it has a dark side to it. The biggest problem with gold is that it’s a commodity that leaves a harsh footprint on the environment.

There are a lot of environmental problems associated with gold. It damages the environment when it is mined, smelted and processed. The good news is that these problems can be mitigated with the right steps.

Today’s gold rates are on an upward trajectory, with the latest reported prices touching $1,280, testing resistance at $1,300. There are a number of reasons that demand for gold has risen. One is that it is a good hedge against economic instability. It’s true that gold has contributed to the global economy, but it has taken a toll on the environment.

The gold rush bolstered the world economy and put wealth into the hands of many opportunistic investors, but rapid industrial gold mining comes at a steep cost to the environment. As it stands, traditional methods of mining gold releases huge swathes of toxic waste and ravages the landscape. In many poorer parts of the world, miners easily get away with using illegal means of obtaining gold.

The worst of such practices is the use of cyanide in mining operations. This toxic chemical is used to process gold because it provides a cheap and effective alternative to remove the lustrous metal from low grade ore. Cyanide has devastating environmental and health effects, affecting not just humans but other animals, with more than 30 major accidents occurring worldwide in the past 25 years.

Destruction of the Amazon Rainforest

The gold mining boom has caused destruction on the Amazon rainforest as artisanal and unlicensed gold miners tear down the environment to access hard to reach gold deposits underneath. These illegal gold miners use mercury to extract gold, leaching the toxic chemical into the air and water. About 1,000 tons of mercury is released into the environment every year by the 15 million artisanal gold miners around the world.

Mercury is harmful to human health, damaging the kidney, liver, lungs, colon, heart and the immune system. Chronic exposure can even result in damage to neurological processes.

Innovative technology only gains mainstream acceptance if it can be implemented economically while not deviating too far from traditional practices. To this end scientists and researchers around the world have found ways to mitigate the environmental impact of the mining industry. Let’s go through a few examples:

Zero liquid discharge is when wastewater is processed to be reused for mining activities. The idea is to bring the ratio of disposed wastewater to recovered wastewater down to zero. This allows miners to forego costly disposal processes while making more efficient use of the mining project’s water supply. The two most prominent methods that help achieve zero liquid discharge are crystallization and vacuum evaporation.

Many mining operations can be optimized to use less energy for the same output. Some Canadian miners are already striving to make their mining operations less wasteful when it comes to resources. Vehicles are using clean diesel fuels, and in rare cases, green sources of energy. More machines will be powered by alternative sources of energy such as hydrogen fuel cell batteries and solar energy to produce less pollution.

Old mines that have reached maturity are reseeded to cultivate the growth of natural vegetation. The National Mining Association in the US has reported that mining companies have reclaimed around 2.8 million acres of mined land, converting them into wildlife reserves and recreational areas. If nothing else, these older mines are being put to good use and generate income for the local economy.

Gold is Harmful for the Environment, But that Can Be Changed

Gold has not been good for the environment. The good news is that contemporary mining and processing methods can reduce this harmful impact. This is important, since demand for gold is higher than ever.