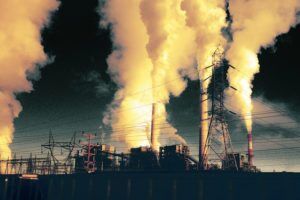 Waltham Forest became the first local government pension fund last night to dedicate themselves to divest from all fossil fuels.

A recommendation unanimously approved at the fund committee meeting stated that it would ‘exclude fossil fuels from its strategy over the next five years.’ [1]

Rob Platts from the local divestment campaign run by Friends of the Earth Waltham Forest said;

With this decision, Waltham Forest has tonight shown true leadership.

“By divesting from fossil fuels, the fund is not only taking necessary action to protect fund members’ pensions from risky investments, but it is also joining hundreds of public institutions worldwide in taking a stand against an industry which is causing climate chaos and endangering our future.”

The Waltham Forest fund – worth £735 million – currently invests £23.9 million in the oil and gas industries [2]. The decision to divest comes exactly a year after data was published showing that UK local government pension schemes invest over £14 billion in the fossil fuel industry [3].

“Waltham Forest Pension Fund is proud to commit to divesting from fossil fuels. Not only does this mean that the fund will not be invested in stranded assets, but will be actively investing in cleaner, greener investments to the benefit of our community, borough, and environment.”

“This is a big moment for the divestment movement in the UK. Waltham Forest has demonstrated the kind of action we need all pension funds to be taking to address the urgent issue of climate change and to protect their workers’ futures. We are calling on them to join Waltham Forest and hundreds of institutions globally, and divest from fossil fuels.”

Waltham Forest is joining nearly 600 institutions worth over $3.4 trillion globally – including over 70 pension funds – to make a divestment commitment. In the UK prominent public institutions including the British Medical Association, Guardian Media Group and Quakers have committed to fully divest. Three local government pension schemes – the Environment Agency, South Yorkshire and Haringey – have made partial commitments to date [4].