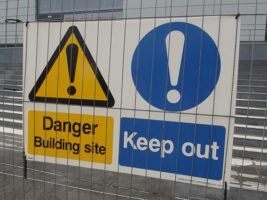 Understanding the Environmental Impact of Asbestos

When you hear the word “asbestos,” what comes to mind? Most people know that it’s a dangerous material that causes cancer, but very few actually understand the impact it has on the environment we live in. Knowing the truth about asbestos from professional asbestos removal company Ferro Canada Inc will give you a more balanced view of the current asbestos problem.

History of Asbestos in America

Asbestos is a silicate substance that’s naturally found in the earth and has historically been used for its fire resistant qualities. As such, it’s commonly found in older construction – both residentially and commercially.

Asbestos first became common in the United States in the 1800s. It wasn’t until the late 1800s and early 1900s that corporations began to recognize the dangerous health effects of asbestos exposure. In fact, many companies kept this secret from the public.

“In the 1940s, the US finally recognized asbestosis as a work-related disease but mesothelioma wasn’t tied to asbestos until later that decade. But in the decades that followed, corporations continued to rely on asbestos despite knowing they were putting workers at risk,” Bergman Draper Ladenburg, a leading asbestos law firm, points out. “And once sick workers began looking for justice, many companies filed bankruptcy to avoid accountability for their actions.”

But the impact of asbestos goes far beyond mesothelioma and cancer. According to a study presented in 2006 at the international conference: Health, The Environment and Justice, asbestos dust can actually travel through the air and enter the water supply. It’s also able to settle on the surface of soil, as opposed to being absorbed by the ground. The wind then picks up the dust and further spreads it around.

“The small asbestos fibers remain intact in air, water and soil,” expert Donna Cosmato explains. “It does not break down or biodegrade. The fibers do not absorb into the soil and instead sit on top of the soil, where it can easily be disturbed and redistributed into the air.”

If you own a home that was built prior to 1980, the chances are pretty good that asbestos was used in the insulation. It can also appear in roof shingles, popcorn ceilings, attic insulation, electrical wires, and joint compounds.

While the general rule of thumb is that asbestos is fine as long as it remains undisturbed, many homeowners choose to remodel and remove the asbestos in the process. In these cases, it’s important that the replacement materials are eco-friendly and sustainable.

The Department of Energy reports that heating and cooling costs account for between 50-70 percent of all energy use in the average home. By using sustainable insulation, you can save natural resources and reduce your carbon footprint.

The reality of the matter is that – in 2016 – most of us will never come into contact with asbestos. There are no longer evil corporations covering up exposure and the government has clearly outlined the negative health effects. With that being said, you should know that asbestos has far-reaching environmental impacts.

From the water and air supply to the rocks and soil, the presence of asbestos can directly affect virtually anything in the world. The important thing is that we remain privy of the risks and consequences and make smart choices regarding how we deal with this cancer-causing material moving forward.