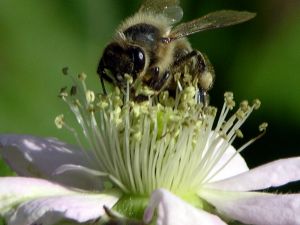 Waitrose has asked its suppliers not to use neonicotinoids after concerns these might be responsible for decline in bees populations.

The supermarket chain has launched a ‘Seven point plan for pollinators’ in which it states that it would support the EU review regarding three neonicotinoid insecticides and it would ask its suppliers of fruit, vegetables and flowers not  to use them.

It would also fund a research project with the University of Exeter, studying effects of pesticides on pollinators.

Waitrose Director of Quality and Technical David Croft said, “The role of pollinating insects such as bees is crucial in sustaining agriculture in the long term, as part of a thriving ecosystem that will support food security, healthy diets and the wider agricultural economy.

“The current debate on the decline of pollinators has raised attention about the potential adverse impact of neonicotinoid pesticides. With this in mind, and in favour of strengthening pollinator presence, Waitrose is supporting a precautionary approach with these chemicals.”

Waitrose has taken the measure as precautionary and this will stay in force until there is definitive evidence on the pesticide’s harmful effects.

Friends of the Earth’s Head of Campaigns Andrew Pendleton welcomed the decision saying, “this is fantastic news – Waitrose is the latest major retailer to take action on pesticides linked to bee decline.

“Ministers can’t ignore the mounting concern from scientists, businesses and the public – they must back EU proposals to restrict these insecticides later this month.”

In recent months, garden centres and retailers such as Homebase, B&Q and Wickes announced they would remove chemicals harmful to bees from their shelves.