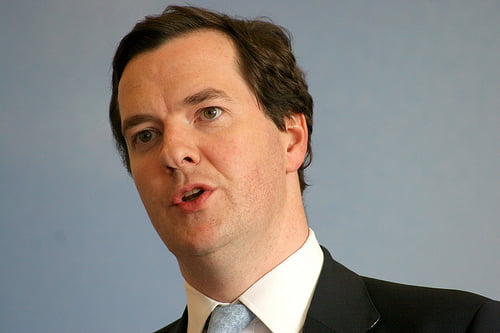 Over the next week, the national press, as well as broadcasters and commentators of all stripes will pore over the detail of the budget to calculate the winners and losers in this ‘reforming budget’.

Our key question has always been, ‘is this a sustainable budget?’ Did it give a helping hand to individuals, organisations and companies who are trying to balance the needs of the planet, its people and our future prosperity?

In the plus column, we have a ‘fiscally neutral’ budget. Meaning that if all the sums work and the economy performs as forecast, tweaking the tax and spend will mean we are borrowing as much as we would have done before the budget. It is clearly unsustainable that current generations pass on ever-increasing debts to future generations.

We also have a commitment to review the state pension age “to ensure it keeps pace with increases in longevity.” This is a sensible precautionary measure as the number of people of working age per pensioner falls from 3.2 to 2.9 over the next twenty years. That might sound like a small shift, but as the worker to pensioner ratio falls, the burden on the working age population increases, increasingly so if we cannot achieve full employment.

It somewhat smacks of a 1970s-style industrial policy. Osborne wants to back strategically important industries, such as “aerospace, energy and pharmaceuticals, creative media and science”.

We applaud any innovation that reduces the damage done by high emission air travel, increases the penetration of renewable energy, improves life and public health through medicine or generates income from low pollution creative industries. We also support any policy that moves science to the heart of our economy and national debate. We’re very good at it. As the recent Dimbleby lecture by Sir Paul Nurse stressed “scientific issues are settled by the overall strength of evidence” and we need reason rather than prejudice or dogma to win the day in any debate over climate change and sustainability.

We are pleased that “renewable energy will play a crucial part in Britain’s energy mix” as it should, but wonder where the vague words take us when qualified by need of fiscal as well as environmental sustainability. Nothing fiscal is sustainable without an environment, so we’re not sure where Osborne is coming from here.

It is sensible and clearly ethical to clamp down on ‘morally repugnant’ aggressive tax avoidance loopholes that allow the rate of tax the richest pay to be lower than the rate the poorest pay. When Associate Justice of the United States Supreme Court, Oliver Wendell Holmes, said, “Taxes are what we pay for being a civilised society.” he was right. We need to invest in education to equip our children and young people for the economy to come. We need people to be healthy so they can live fulfilling lives and remain economically active for longer. We need to protect our borders and preserve law and order within them. We also need a safety net to look after those who suffer from personal or wider economic misfortune. Often misattributed to Gandhi, it is still right that a civilisation should be judged on how it treats it weakest.

Rises in fuel duty and air passenger duty are painful but necessary to create a sustainable economy. But there are many more painful decisions to be taken tomorrow, if we do not act to curb our addiction to fossil fuels and inefficient modes of transport today.

On November 24, 2009, then shadow chancellor George Osborne said, “Instead of the Treasury blocking green reform, I want a Conservative Treasury to lead the development of the low carbon economy and finance a green recovery”. Sadly, George is not living up to his pledge and the debit column of this budget is slightly longer than the credits.

The idea that we should expand airport capacity in the South East, increasing the burden on strained infrastructure, precious wildlife and crowded airspace is unsustainable. We desperately need to devolve the burden and economic benefits to regional hubs giving a necessary boost to those areas, while at the same time decreasing domestic flights by increasing high-speed rail and creating a more geographically balanced economy. Locating the Green Investment Bank outside London and Edinburgh as we recommended would have been a sustainable choice in line with these principles.

Pumping billions of subsidies into gas and oil exploration may deliver temporary relief from inexorably rising fuel bills, but entrenches our addiction to fossil fuels at the expense of investment in renewable energy and is, therefore, unsustainable. While the North Sea may well have large reserves of gas and oil buried deep beneath its seabed, it is also a surprisingly windy and wavy place… all of the time. As B&GT has covered before, the Offshore Valuation Group study of 2010 described the North Sea as the ‘Saudi Arabia of the renewables world’. Mr Osborne may well be “alert to the costs we are asking families and businesses to bear” today, but he seems oblivious to the damage that fossil fuel reliance will do tomorrow; in terms of our health through air pollution, our environment through climate change, and our energy security as we continue to build an economy almost solely powered by burning a finite supply of dead animals. And can we really afford a Deepwater Horizon-style spill off the coast of Scotland?

We have previously covered our dismay at planning rule relaxation. Planning rules protect irreplaceable and priceless green spaces on our crowded island. Housing builders are sitting on thousands of plots of brownfield and average value land. No doubt they would prefer to build on higher value greenfield land. But what we really need is increased population density in the towns and cities outside the already crowded South East. Urban areas have a significantly lower carbon footprint than low-rise urban sprawl or rural urbanisation.

We can find no independent evidence that “Global businesses have diverted specific investments … because they couldn’t get planning permission here.” It is a statement that reads more like the press release of a building firm than the thoughts of an impartial Chancellor of the Exchequer.

Ireland’s countryside was ravaged by unregulated development and now bears the scars of relaxed rules. It is a pity we have not learnt the lessons of one of our nearest neighbours.

While addressing aggressive personal tax avoidance is a ‘good thing’, there was no mention of similarly robust approach to the well-catalogued tax avoidance of some of the UK’s leading corporations–Vodafone, Barclays, Tesco, Goldman Sachs to name just four. As Corporation Tax represents just 9% of total Government receipts, reducing the headline level of tax on these large companies when they do not pay the full rate anyway seems perverse.

In summary, we have a budget that answers few of our calls for sustainability. Encouraging more air capacity in the South East, increasing oil and gas dependency, tearing up sixty years of planning protection, and allowing corporations to escape their tax bill all earmark this budget as quite the opposite.

Rather than tinkering with tax allowances and rates, a more fundamental review of how the tax system can build a sustainable future must take place. We agree with Adam Smith that tax should be simple, predictable, support work and be fair. It seems bizarre that there is more focus on taxing earned income (salaries from work) than unearned income (property bubbles and stock market gambling). Adam Smith favoured land tax and luxury goods tax. Alternatively, taxing pollution and waste would be a radically reforming step to encourage the most sustainable behaviour from individuals and businesses; very few, save for those on the more extreme fringe of the debate, have seriously explored how this could work.

Clearly this coalition does not believe we are facing any sort of environmental crisis.

The BBC prepared a ‘budget at a glance’ page shortly before the speech was given with sections such as economy, borrowing, income tax, booze, fags and fuel duties. One section was called ‘Green Measures’. All other categories were slowly filled as Osborne spoke, but, when he sat down, the green measures box was disturbingly empty and then disappeared altogether. It shortly reappeared with a brief review of the Carbon Reduction Commitment. That vanishing box is far more eloquent than anything we could write about the commitment of this coalition administration to be the ‘greenest ever government’.

A confident budget – a lost opportunity