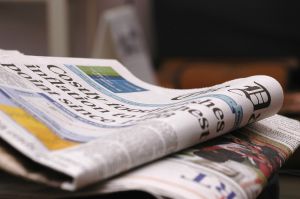 Renewable generation to double by 2025

Last winter’s floods have changes the way the nation thinks about climate change, researchers say. Large groups of the population have become less sceptical about global warming after the floods. Independent.

Cheap oil is not about to kill off wind and solar power as some experts have claimed, the US government’s chief energy analyst has said. Guardian.

Block on fracking in Scotland announced by minister

The Scottish government has announced a block on planned fracking operations, pending further inquires. Ministers will carry out new work on the environmental and health implications. BBC.

China has slapped a moratorium on new coal mines in its eastern regions as it battles an enormous supply glut. Coal production is racked by overcapacity and falling prices. Financial Times.

Roads are encroaching deeper into the Amazon rainforest, study says

Oil and gas roads are encroaching deeper into the western Amazon, one of the world’s last wildernesses and biodiversity hotspots, according to a new study. Guardian.

Britons believe in climate change… but do they care? – Telegraph

10 things you need to know about fracking – Independent