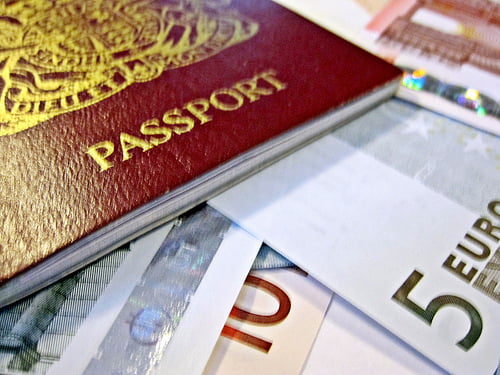 Global Ethical Brokerage in Tunbridge Wells has developed a new initiative in the world of foreign exchange. Simon Roberts, its managing director, has created a ‘not just for profit’ enterprise committed to corporate social responsibility, and he spoke about it with Alex Blackburne.

After a long career in the City in derivatives broking and the world of finance in Dusseldorf, New York and London, Simon Roberts decided it was time for a change. He wanted to give something back.

It wasn’t because he hadn’t been making money; he even admits to have been “very profitable over the years”. But after reading about one too many financial scandals in the press and coming into contact with one too many so-called ‘fat cats’ in the City, things just didn’t sit comfortably anymore.

So, packing up his possessions into a bag, he left the big smoke and headed for the lefty Kent town of Royal Tunbridge Wells – shortly after which, Global Ethical Brokerage (GEB) was born.

Self-styled as a foreign exchange brokerage with a difference, GEB donates a percentage of its profits from every transaction to charity – almost unheard of in the cutthroat world of brokers. So why take such a bold step?

The world is changing and more companies are assuming a corporate social responsibility programme. We want to help make a difference if we can

“I have always had an interest in charitable causes having been long associated with the Round Table, Starlight Children Foundation and Oxfam”, Roberts explains.

“I recognised there was an opportunity to address the needs of our customers but also to have a positive impact on the local, national and international communities.

“Why shouldn’t I try to make some profit but also do some good and try to help enact a change?

“It’s a growing sentiment in the marketplace and there’s a lot of people out there starting think “enough is enough”.”

So how does GEB work and what philosophy lies behind the creation of the oxymoron, ‘ethical brokerage’?

Well, in the competitive world of the foreign exchange dealing, GEB offers secure, fast, competitive currency transfers initiated by a dedicated team of professionals.It will quote customers on spot and forward currency rates up to two years in advance with no fees or commission, subject to the amount dealt.

But this is where the similarity with conventional brokerages ends.

“Our unique selling point is that when somebody comes and initiates a trade, they have the choice of charity they want to support”, Roberts describes.

“One of our competitors, Ethical Currency, works in a similar way but only donates to things like HIV/AIDS and poverty in Africa. All well and honourable causes, but because we’re trying to penetrate the whole marketplace, we didn’t feel that was the right business model.

“We want to give the trade initiator the choice of supporting a charity that they want to support.”

So clients therefore come to GEB not only with details of the foreign exchange transaction that they wish to undertake, but also with the details of the charity they want to donate to, which happens through GEB’s Charitable Aid Foundation account.

GEB’s commitment to social change makes it almost unique in its field; certainly in the UK, where there is only one other firm that puts ethics at the centre of its business model.

On top of its charitable donations, it has also entered into partnerships with Starlight Children’s Foundation, CAFOD and Hospice in the Weald.

“Living and working in the Tunbridge Wells area, I really wanted to support a local charity”, Roberts says.

“Hospice in the Weald offers an amazing service as the leading specialist in palliative care for west Kent and north east Sussex.

Why shouldn’t I try to make some profit but also do some good and try to help enact a change?

“As a company we also wish to support national and international causes. We feel that we are going to try and make a difference.

“We still live in a world where over a billion people still do not have enough to eat, and where people are denied access to the basic necessities of life, food, clean water, education and healthcare.

“The world is changing and more companies are assuming a corporate social responsibility programme. We want to help make a difference if we can.”

One of the best comparisons to GEB’s model is the Robin Hood tax (or the Tobin tax if you were around in the ‘70s), which if installed, would place a relatively small tax – around 0.1% – on all financial market transactions in the UK.

Indeed, some European governments have looked favourably at it, but it’s unlikely to come into effect in the near future, purely because of the lack of consensus on the matter (the UK government has voiced its opposition to the idea).

The main difference between GEB’s charitable donations and a tax of this kind is that a percentage of its profits goes to good UK causes, and not into the government’s “treasure chest”.

Therefore, for all transactions over £10,000 or its equivalent currency, GEB is committed to donating 0.1% of notional value of its profit to charity.

Roberts says, “We want customers to choose us because our service is excellent and our rates are highly competitive, but like us they share in our ethical values and want to give something back. ‘’

“The customers benefit from secure and fast international transfers and the ability to make regular payments abroad, but also have the opportunity to endorse their social responsibility programme.”

Roberts adds that he is enjoying the challenges of working in a highly competitive and fast-paced market, meeting customers and developing new business contacts. And he has big plans to add other product lines to the firm – all of which will share the same ethical values that currently makes GEB a pioneer in principles-led foreign exchange.