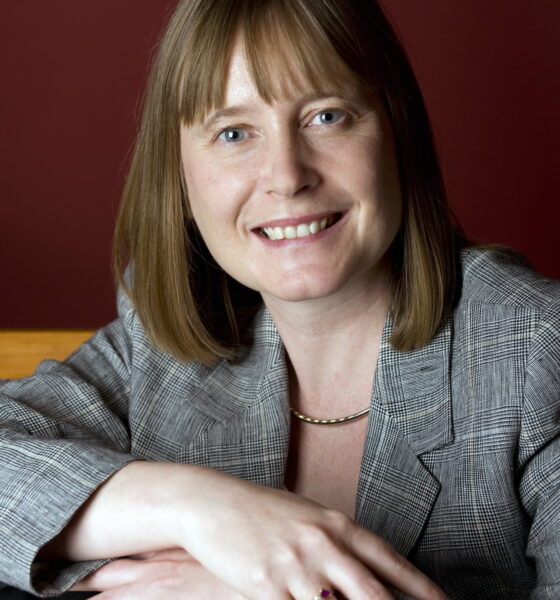 The principles of ethical investment chime notoriously well with the values held by charities, faith groups and the public sector. Alex Blackburne spoke with Helen Wildsmith of CCLA – a client-owned fund manager that provides responsible investment solutions for all three.

Ethical investment has witnessed significant in the last decade or two. In the UK alone, almost £11 billion is now invested in green or ethical retail funds, compared to just £199m in 1989. But the sector’s beginnings are even more humble.

It’s said that the Religious Society of Friends – also known as the Quakers – devised the idea of investment that isn’t solely for profit. And John Wesley, the 18th century theologian who laid the foundations of the Methodist movement, is also often credited with paving the way for the ethical investment industry to prosper.

Blind money can lead to missed opportunities and unintended consequences

“The fault does not lie in the money, but in them that use it. It may be used ill: and what may not? But it may likewise be used well: it is full as applicable to the best, as to the worst uses.”

Ever since those light bulb moments, ethical, sustainable, responsible investment has always chimed well with religious groups and charities.

“They’re mission-driven organisations who care about the impact they have on the world”, says Helen Wildsmith, head of ethical and responsible investment at the CCLA, a specialist investment management group for churches, charities and local authorities (hence its name).

“We offer investment funds that invest in listed equities, in bonds, in property, and we have cash deposit funds for churches, charities and the public sector, and so from that point of view, we look like a normal fund management house, but the unusual bit is that we only serve UK not-for-profit organisations and we’re owned by our clients.”

This means that when any organisation invests one of CCLA’s long-standing Investment Funds, it automatically becomes a co-owner of CCLA. Clients are assisted by CCLA’s dedicated ethical and responsible investment team in aligning their organisation’s principles with their investment portfolios – whether it’s avoiding certain industries or focusing specifically on making a social or environmental impact. 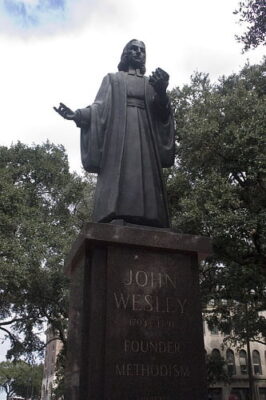 A statue of John Wesley, the founder of Methodism, in Georgia, US.

The natural alignment between ethical investment and charities and churches is something that directly influences and inspires many people to work in the sector. Jeremy Newbegin, director of The Ethical Partnership, is just one of a number of specialist ethical financial advisers that B&GT has spoken with who have said that their religion led them naturally to ethical investment.

His Christian beliefs go hand-in-hand with this kind of investment, but it was still his personal preference to become a financial adviser in this field. Muslim investors, however, have less of a choice to make, with Sharia law – Islam’s legal system – preventing them from investing in certain industries. This has led to the growth of Islamic investment funds, like the SWIP Islamic Global Equity Fund, which specifically prohibit investment in tobacco, pornography and financial services, amongst other areas, meaning these vehicles are often found under the more broad ethical investment umbrella.

Seeing the vast opportunity presented by this combination, this year’s National Ethical Investment Week (NEIW) – perhaps more so than the previous four years – has urged religious groups and charities to invest ethically, producing all-you-need-to-know guides for representatives in each area.

And given that many of the popular and lucrative non-ethical industries and funds could potentially undermine the good work being done by churches and charities, ethical investment is seen as the obvious way to go. Health charities, for example, wouldn’t want to invest in companies or funds that harm health, and on the other hand, would have significant interest in investing in new medicines, techniques and technologies which might improve health.

CCLA hosted an event called Whose ethics? on Tuesday, and has another event set up for today titled In the age of austerity is ethical investment still relevant for charities?

“At the Whose ethics? event, we invite the trustees of churches and charities who haven’t yet had a chance to think through what they could be doing in terms of all the different techniques you can use to align your mission with your investment”, explains Wildsmith.

“We run through the different approaches, giving hints and tips about how to have discussions and how to write a policy.”

The importance of charities in particular in responsible investment is something that has been brought up a number of times already during NEIW. With 162,624 UK charities producing a combined annual income of over £57 billion, an increased adoption of ethical investment in this sector alone would do wonders for its popularity and its perception.

A report from 2009 by Charity SRI, a joint initiative between EIRIS and the UK Sustainable Investment and Finance Association (UKSIF), runs through some of the many ethical options for charities. Called Responsible Investment by Charities: the Role of Pooled Funds, the guide clearly explains what charities should do if they want to focus on or exclude various industries and areas in their investments.

CCLA provides the secretariat for the Church Investors Group, a coalition of over 30 investors that have over £12 billion in combined assets. “We believe it will serve to increase the witness and influence of the church in society if our investment portfolios reflect the moral stance and teachings of the Christian faith”, the group’s website states.

Two CCLA funds, Wildsmith says, are amongst the five largest socially responsible investment (SRI) investment funds in Europe. It recently altered the make-up of one of its funds, the Ethical Fund, which from January 2013 will have a 10% turnover limit “for companies that derive turnover from alcohol, gambling, pornography, tobacco and strategic military sales”. This figure will decrease from 33%, and for the first time, will also apply to the extraction of coal for energy use.

You may wonder why the fund allows these sectors at all. Businesses like supermarkets or off-licenses for example, sell alcohol and mild pornography, but don’t derive the vast majority of their turnover from selling these products. By implementing a turnover threshold, these companies are able to invest ethically.

“It’s very easy for individuals and trustees to see the investment as a black box and not think about what’s happening inside it. Blind money can lead to missed opportunities and unintended consequences”, describes Wildsmith.

It’s clear that if you want your personal morals and principles to be reflected in all aspects of your life – regardless of whether you’re religious, give to a charity or work for a public sector body – then ethical investment is by far the wisest and best route to go down. It seems fitting, therefore, to round off this piece with a quote by John Wesley, which still serves as a simple and eloquent bit of life advice for people wanting to do good.

By opting to invest ethically, you might just be making the biggest difference to the world that you’ll ever make in your life.