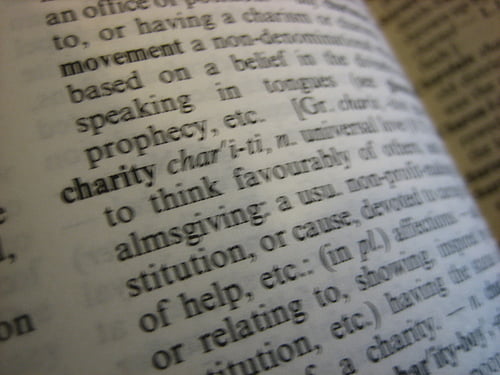 In October last year, investors called on charities to lead the way on responsible investment. And now, more than ever, they are able to use their clout as investors to achieve their charitable goals, as Douglas Hull of Charity Finance Group (CFG) writes.

One issue that we can expect to hear more of in 2013 is responsible investment. Now more than ever, charities are taking a holistic view of their activities and considering how they can use all of their assets in the interests of their mission and beneficiaries. Using investments for social objectives is one way of doing this.

We debated this issue with some leaders in the responsible investment field towards the end of last year and a common theme that emerged was a growing appetite for using positive screening and corporate engagement as a campaigning tool to further the charity’s mission.

Whilst many charities try to influence companies through their campaigns, those which are shareholders have a unique capacity in this area, a point highlighted by Al Gore in a speech I attended in October. Not only do their shares enable them to attend company annual general meetings (AGMs) and vote on company affairs, but being a shareholder also enables them to develop a reciprocal relationship with the company.

With their funds invested, it is in a charity’s interests for the company to be successful in the long run, and this enables a partnership between the two to develop, with the charity challenging the company where its activities run contrary to a charity’s mission or supporting it where there is a joint  long-term interest.

As Catherine Howarth, CEO of FairPensions, pointed out at our debate, companies like to be pushed, and charities are in a perfect position to take on this role.

Charities have huge moral force as investors, and surveys continue to find that they are among the most respected and trusted groups in society, but also that there is a strong public desire for them to be open and transparent about all of their operations. A survey carried out by YouGov for UKSIF released in October reported that almost 60% of British investors believe that UK charities have a responsibility to take a lead on ‘stewardship’ issues – engaging with the companies they invest in and challenging them if they perform poorly on particular issues.

Unlike screening them out, investing in companies and challenging them offers an opportunity for charities to showcase their position as forward-thinkers on key issues in society, further their campaigning work and shape future debates.

There have been several positive examples of engagement and the impact it can have. Several FTSE100 companies have recently adopted policies to ensure that their staff are paid the Living Wage, following pressure from FairPensions, charities and others through pooled funds. FairPensions has also worked with Amnesty to support their high-profile campaign calling on Shell chief executive Peter Voser to commit his company to take responsibility for damage to the Niger Delta. WWF has a well-established Living Planet Fund, which enables them to engage directly with companies in which they invest.

Useful tips for organisations looking to develop an active engagement strategy as part of their investment policy include:

– Forging close links between the finance and policy/campaigns teams within the charity to ensure their interests are aligned. Adrian Warburton, finance director of WWF-UK said at our debate that aligning WWF-UK’s business engagement policy with its investment policy was crucial in ensuring that their corporate engagement strategy was as effective as possible.

– Consult your investment manager on their engagement strategy, and challenge them to do more if necessary; fund managers want your business so should respond to your demands.

– Attend AGMs and other meetings of companies in which you have shares in; these offer great opportunities to put your views across. It’s worth taking time in advance to plan a few key questions to ask, and thinking about how to phrase them to ensure a meaningful response.

– Make a point of thanking companies if they do respond positively to your campaigns; this ensures the development of a lasting healthy and collaborative relationship, and leaves the door open for future engagement.

Traditionally, discussions about responsible investment by charities focus on negative screening approaches, focusing on minimising harm caused to beneficiaries or to the charity’s reputation by abstaining from investment. However, charities can also look more creatively at how they use some of their investment portfolio to bring about the lasting change they were set up to achieve.

Investing in a pooled fund or directly in a company in order to gain a say in how it is run can be a powerful tool to change adverse corporate behaviour and make a strong contribution towards positive change in society today.