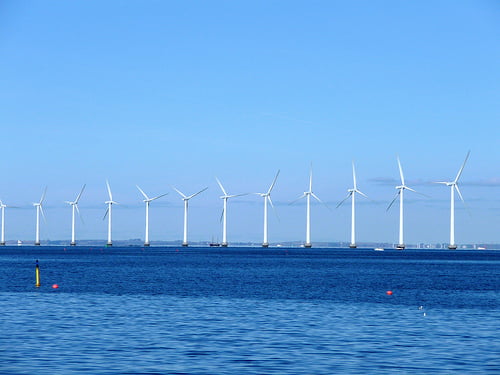 Scandinavia has managed to reduce its carbon emissions and achieve considerable economic growth. As a result, countries like Denmark and Sweden have become some of the greenest in Europe.

The exploitation of finite resources is a double-edged sword. Not only is it harming the planet for future generations, but it will also ultimately affect economic return. However some countries in Europe seem to have embraced the concept of sustainable economics and clean energy more than others.

These nations have recognised that a reliability on limitless natural resources such as the wind and sun ensure a brighter future for their people and businesses.

Among the most virtuous places in Europe is Denmark. Despite the fact that in 2009, oil and natural gas represented 36% and 22% respectively of the country’s total primary energy supply, it has gradually moved towards reducing its CO2 emissions.

“Denmark never forgot the 1973 global oil crisis and the drastic effects this had on the Danish way of life”, freelance journalist Richard Steed, who has worked for Denmark’s Ministry of Foreign Affairs, tells Blue & Green Tomorrow.

“It realised that greater energy efficiency and a more diversified energy supply would help it with this goal. Since then, it has had an impressive record of pioneering onshore and offshore wind farms, district heating systems, and energy generated from waste.”

Steed says that Denmark’s economy grew by 45% from 1990 to 2007 and its CO2 emissions were reduced by more than 13%. This shows that ‘green’ and ‘growth’ are not conflicting terms, and that they indeed can coexist – something that UK chancellor George Osborne, who famously said, “We’re not going to save the planet by putting our country out of business”, could learn from.

Denmark is planning to produce 100% of its energy from renewables by 2050 and has a number of ambitious green energy goals in place.

“The main goal for Denmark is to have its own local energy security, not having to rely on anyone else to keep the lights on”, says Steed.

But the Danes are not the only ones in Scandinavia aiming to reduce their dependency on oil: Sweden has also reduced its fossil fuels imports since 1973 and is planning to become oil-free in the not-too-distant future.

The Swedish government has launched a multi-billion dollar programme to promote renewable energy, whose productivity in the country has risen from 33.9% in 1990 to 43.3% in 2009.

In 2006, the Swedish minister of sustainable development Mona Sahlin told The Guardian, “We want to be both mentally and technically prepared for a world without oil.

“The plan is a response to global climate change, rising petroleum prices and warnings by some experts that the world may soon be running out of oil.”

In 2008, Sweden and Finland had the highest rate of renewable energy consumption in Europe.

“It is fundamental part of the Scandinavian psyche to protect and respect nature”, adds Steed.

“Denmark is a biking nation at heart and Copenhagen recently announced ‘there are more bikes than people in the city’. Danes see bikes as a cheaper and healthier way to get around the city than sitting in their cars.

“To buy a car in Denmark is extremely expensive because of the heavy taxes, so owning a car is seen as a luxury. Obviously more bikes means less pollution and cars just don’t have the same social status as in the UK or America.”

The UK – and indeed Europe – could learn a lot from Scandinavian renewable energy policies. Harnessing our plentiful renewable resources – both offshore on onshore – makes not only financial sense, but also environmental and social sense.