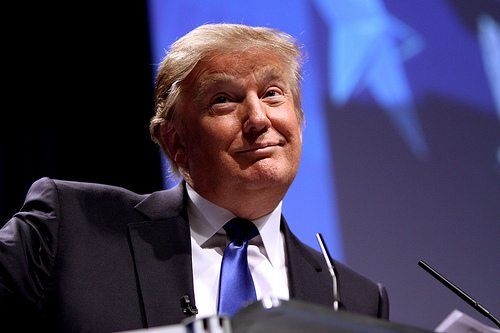 The people of the United States have cast their votes. They have defied pundits, shaken the Washington establishment and shocked the world.

President Elect Trump has secured the White House, Senate, House of Representatives and a Supreme Court Judge appointment.These are his policy commitments:

On Climate Change
“The concept of global warming was created by and for the Chinese in order to make U.S. manufacturing non-competitive.” Twitter 06/11/16 (https://twitter.com/realdonaldtrump/status/265895292191248385?lang=en-gb)

Regulations Positions
Eliminate our most intrusive regulations, like the Waters of The U.S. Rule. We will also scrap the EPA’s so-called Clean Power Plan which the government estimates will cost $7.2 billion a year.

Energy Positions
Make America energy independent, create millions of new jobs, and protect clean air and clean water. We will conserve our natural habitats, reserves and resources. We will unleash an energy revolution that will bring vast new wealth to our country.

Become, and stay, totally independent of any need to import energy from the OPEC cartel or any nations hostile to our interests.

Encourage the use of natural gas and other American energy resources that will both reduce emissions but also reduce the price of energy and increase our economic output.

Childcare Positions
Rewriting the tax code to allow working parents to deduct from their income taxes child care expenses for up to four children and elderly dependents.

Allow parents to enroll in tax-free dependent care savings accounts for their children or elderly relatives.

Provide low-income households an Expanded Earned Income Tax Credit – in the form a Childcare rebate – and a matching $500 contribution for their savings accounts.

Creating a new, dynamic market for family-based and community-based solutions.
Incentivising employers to provide childcare at the workplace.

Provide 6 weeks of paid leave to new mothers before returning to work.