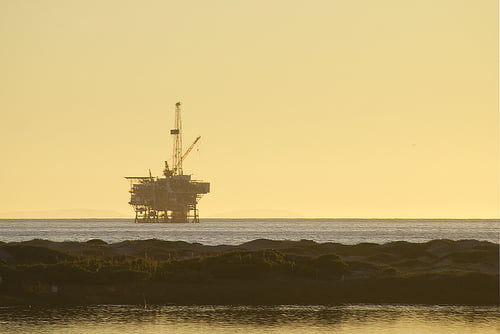 On this day in 1970, British Petroleum announced that it had struck oil in the North Sea. While it took just over five years for the black stuff to start to flow, it had a profound positive effect on our economy. Simon Leadbetter considers how the heroes of 1970 became the villains of 2012.

What would have happened to the UK economy had we not struck oil in the North Sea?

After the 1973 oil crisis, the oil price had quadrupled. The 1979 oil crisis caused another tripling. The giant Argyll oilfield (now Ardmore), Forties oilfield and, a year later, Brent changed our destiny. At its peak, Forties produced half a million barrels a day, equivalent to 25% of the UK’s daily oil needs.

Being able to pump our own oil, rather than importing from OPEC countries, allowed us to go from being a net importer of energy (peaking at just over 51% of demand between 1972 and 1974) to a net exporter for the long period from 1981 to 2004 (World Bank). Regardless of current views on the use and impact of fossil fuels, geologists and oil companies were rightly hailed as heroes.

It also transformed the lives of people in north east Scotland, with Aberdeen becoming the centre of Europe’s petroleum industry. Economic disaster and terminal decline would have been the outcome of not finding oil when we did.

However, all good things, from a solely economic perspective, must end and production peaked in 1999. The UK suffered the largest decrease of any oil-producing nation between that year and 2007. In addition, as environmental awareness grew and climate science evolved, we began to understand the catastrophic impact burning fossil fuels was having on our environment.

A declining domestic supply does not bode well for our economic prospects. Importing and burning more fossil fuels doesn’t bode well for our environmental future either.  If we embrace the emerging investment opportunities and technology of clean energy, it doesn’t have to be this way.

As the excellent and thorough report available at Offshore Evaluation illustrates, exploiting just under one third of our offshore renewable energy potential could turn the UK from a net importer of energy back into a net exporter of energy. At the same time it would deliver 145,000 new UK jobs when we need them most, reduce our pollution and create a world-beating industry.

Going further, the European Wind Energy Association, which admittedly does have an obvious vested interest, suggests that offshore wind could meet Europe’s demand seven times over.

The geological and commercial pioneers of North Sea oil were rightly feted as heroes in the economic and scientific context of the time.

As we reach peak oil globally, and oil can only be found in harder to reach, far more vulnerable places, maybe it’s time we embraced the huge domestic offshore renewable opportunity, as we did the fossil fuel one. The UK could then create both the economic and ecological heroes of this century.

Economic and environmental disasters await us if we don’t grasp this opportunity with both hands.

If you would like to know more about alternative energy sources, read our Guide to Limitless Clean Energy and for insight into the world of ethical investment, download our Guide to Sustainable Investment (National Ethical Investment Week edition). You can also sign up to our weekly newsletter here.