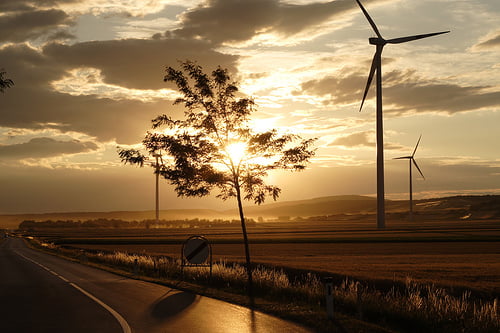 Sustainable investment, ethical investment, socially responsible investment – call it what you will; it is what the veteran investment guru Matthew Kiernan calls “investing as if the future mattered” and it has come a long way since its religious origins of ensuring that the investments made by churches did not clash with their beliefs.

The ethical investing approach, which begins with the premise that stocks in certain sectors—notably the ‘sin’ sectors of alcohol, pornography, tobacco, gambling and armaments—should be excluded from portfolios, still has a role to play but it is likely that it will only ever be a small sector of the market.

The fact that many stocks are excluded by these funds, in a process known as negative screening, led many in the business to assume that they offered lower returns to investors and that they were inconsistent with the fiduciary duty of pension funds to produce the maximum return for investors. A number of studies have questioned that assumption, most notably a seminal 2005 report by law firm Freshfields for the United Nations Environment Programme Finance Initiative (UNEP-FI) but it is still a point of view that is widely held in the City.

At the same time, the environmental, social and governance (ESG) issues that underpin responsible investment—including climate change, environmental stewardship, labour rights, resource availability, executive pay and bribery and corruption—have become increasingly mainstream. When I first started writing about this subject in 2006, these factors were labelled non-financial issues and many analysts did not consider them material to the performance of companies.

Six years later, following one of the warmest winters on record, the UK is having to deal with droughts and floods simultaneously in just one of the many global signs that climate change is starting to affect weather patterns. In the wake of the US sub-prime debacle that triggered the global financial crisis, BP’s Gulf of Mexico disaster, the current turmoil at News International, the controversy over conditions at Apple supplier Foxconn and the numerous recent revolts by investors over executive pay levels (to name but a few examples), few people would say that ESG issues do not matter.

And alongside the growing acknowledgement of the importance of ESG, new styles of investing have emerged to take it fully into account. Firstly, investors have cottoned on to the fact that there are real opportunities out there in sectors such as renewable energy, water, agriculture, health and education, where a growing number of  companies have identified many of the key sustainability issues and are providing solutions to them. Many of these are small emerging companies with little profile or track record, but they also include some of the world’s biggest and most successful corporations, such as Unilever, Siemens, GE, Phillips and Nissan, who have all staked their future on a more sustainable approach to business.

Another investment option is to take a best-in-class approach, identifying the companies that are better able to dealing with ESG issues. Judging which businesses are the top performers has become increasingly more simple as initiatives, such as the Carbon Disclosure Project (CDP), have achieved a critical mass of data that allows investors to compare companies’ performance on the greenhouse gases they emit or how much water they use. The top performers in the CDP’s Disclosure and Leadership indices are corporate giants such as Tesco, Bank of America, BMW, SAP and Sony.

A sure sign that investors are starting to take these issues more seriously is the recent rash of takeovers by the major business data providers such as Reuters, Bloomberg and MSCI of specialist ESG research houses such as Point Carbon, New Energy Finance and Matthew Kiernan’s Innovest Strategic Advisors. At Bloomberg, head of sustainability Curtis Ravenel says that about 6,000 companies provide some form of data on ESG issues, compared with 500-600 in 2005. “And if you are measuring a problem, you are probably managing it to some degree”, he told the Financial Times earlier this year.

The CDP has been vocal on about the implementation of carbon reduction policies and shareholder returns: “Companies in the 2011 Carbon Disclosure Leadership Index (CDLI) and Carbon Performance Leadership Index (CPLI) provide approximately double the average total return of the Global 500 between January 2005 and May 2011. This suggests a strong correlation between higher financial performance and good climate change disclosure and performance.

There will always be a place for the ethical investing as practised by many church-based funds, charities and public service pension funds; it continues to offer a strategy that links money and morality. But, increasingly, sustainable investment is about good value rather than values.