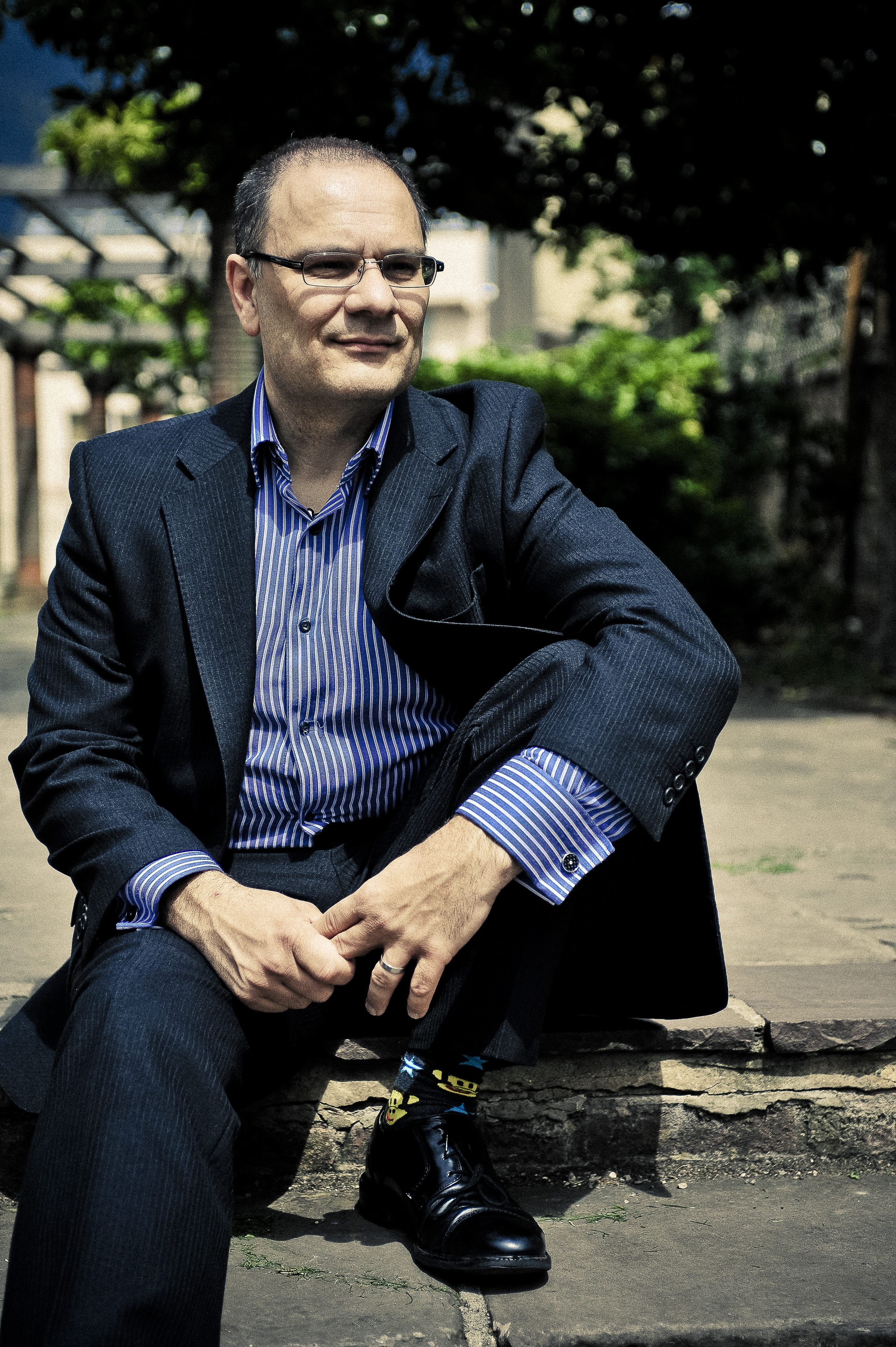 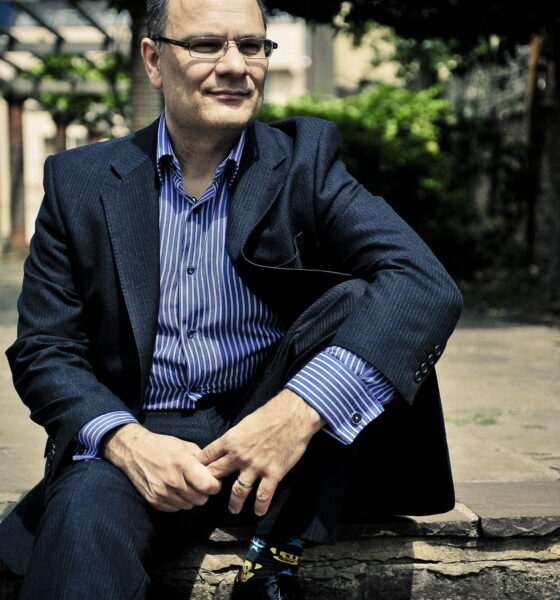 Ethical investment expert Lee Coates has done it all. As founder-director of Ethical Investors Group, a specialist ethical financial advice firm, he has over 25 years’ experience under his belt.

He set up a screening service for charities, faith groups and funds called Ethical Screening, serves as vice-chair of the Ecumenical Council for Corporate Responsibility (ECCR) and launched a charity – Ethical Giving – in 2009.

Not satisfied with his achievements in the UK, he also runs an Australian ethical investment business which continues to break ground.

To top it all off, he was awarded an OBE in 2011 for services to ethical business and finance.

Coates speaks with Alex Blackburne about his distinguished career and some of the challenges facing investors who want to align their money with their values.

How has the advice market changed for ethical investment in 25 years?

Ethical investment has come up the agenda for more IFAs; it’s still very much the old guard who still consider it to be a bit freaky and a bit weird. There are still too many salespeople, who call themselves advisers but actually sell. The one thing about selling is that you have to control the whole process, and with ethical investment you can’t. You have to hand over something you don’t understand or have no control over, which is ethical values, ask the client to come up with an answer to questions about their ethical values, and then go ahead match them. That takes it right out of the hands of the average seller of financial products, but is ideal for someone who advises.

Is there a stereotype for an ethical investor?

It really varies. Politically, I suppose you would say they lean to the left. We’ve got a lot of clients in education – teachers and university lecturers – but they’re still not the majority. Ethical investors are more likely to be your classic client for financial planning – so people with disposable income or with inherited, saved assets on which they require advice. They might be architects, doctors, solicitors, accountants – people who think about things beyond football and the pub.

Yes, definitely – though alcohol perhaps a bit less. It’s not a non-issue, because it’s always going to be an issue, but it’s certainly relegated to somewhere near the bottom of a client’s priority. If a client expresses a view on alcohol, it’s more about alcopops and the proliferation of alcohol to young people.

I can remember when I first started out, human rights wasn’t even an ethical issue. It was stewardship – you used to avoid investments in South Africa and Chile. In South Africa, you obviously had apartheid and in Chile there was Pinochet. They were the big areas at that time, in terms of being investment areas that funds could avoid. Human rights is an interesting area that, a bit like the environment, has morphed into an issue of its own, rather than being a subset.

Twenty-five years ago, climate change was on some people’s agenda but there weren’t very many of them – you could get them all in a room together. People could talk about specific environmental issues they were concerned about, and now the environment and human rights are their own criteria – big issues with multiple subsets.

Are you noticing a shift away from negative screening?

It is interesting that 95% of all clients that complete an ethical questionnaire – and we don’t sit down with them to do it – do not choose the ‘light green’ or engagement basis because there’s always one thing where there’s a no-go area. There are dozens of ethical criteria if you want to break it down, but virtually every client has an area that is non-negotiable. It might be cigarettes, it might be armaments.

As soon as you put a no-go in, you’re in the dark green screens anyway. Then it’s just a question of degrees. Are you talking about someone who doesn’t want to be in any fund unless it has an absolute avoidance of tobacco? That’s only a subtle shading difference to the vegan who says not to destroy the environment and doesn’t want anything to do with human rights – plus they’re a vegan, so that’s no animal testing and no supermarkets.

Divestment from fossil fuels has gained major traction in the past two years, with universities, religious institutions and large institutional investors all taking their money away from oil, gas and coal. Is this reflected among ethical investors?

It’s not an issue that clients are driving. It’s an issue that the industry and some campaign groups are driving as a single issue. Clients are obviously concerned about the use of fossil fuels, but I think maybe they’re more pragmatic. How did they get to the meeting with us? They drove or came by train. Was it a solar-powered train? No, it was burning diesel actually. Are they going to walk next time? No, they’re going to take the train or drive the car.

It’s more a question of wanting to commit their money towards renewables and alternatives, and accepting that every day they’re going to use fossil fuels. It’s very much a utopian ideal from some of the campaign groups, more than actually being driven by clients. I just can’t remember the last time a client told me they wanted to avoid all associations with fossil fuels.

And many ethical funds invest in fossil fuel companies anyway...

Yes, but they’re buying them on the basis that this is the least worst option, given we’re all using fossil fuels. What’s interesting is you can speak to a fund manager, and they’ll say they buy natural gas because it’s the more efficient way of producing energy in our current society; yes, it’s contributing to climate change but it’s the least worst option. But you don’t have a discussion about the least worst weapon, they put their hands up and say – quite rightly – they don’t invest in arms or tobacco.

Fund managers aren’t looking for these sub-divisions in those areas, but when it comes to fossil fuels they’re very much more pragmatic. You can say the same about human rights. We’ve had more clients over the years who have said they don’t want their money going towards any oppressive country. It’s probably doable, but they’d also be avoiding any company trading in an oppressive regime providing clean drinking water or medical services. We have more of those discussions about human rights than we do on fossil fuels. Perhaps it’s taken for granted that the worst types of fossil fuels are not going to end up in an ethical fund.

Do you think that is the case?

I don’t know because clients don’t talk about it! I just wonder if it’s an assumption. The issues are the size of the company and the nature of where they’re extracting. Alongside the fossil fuel issue is a human rights issue. Even if a large oil company were to get through into an ethical fund because it was doing some stunningly wonderful things, if it’s operating anywhere where there are land rights issues, it should be kicked out of a fund anyway.

What do you see of the future of ethical investment?

I think more people would invest ethically if they were given the opportunity, and so therefore what we need are two things: we need better financial education, so people actually understand what investment is and take responsibility for what they do; and we need a massive cull within the financial services industry of people who don’t have ethical questions as part of their fact finding process. That needs regulatory pressure.

Do you think the regulator understands ethical investment?

I, along with many others, have spent years pushing different regulators to get them to see ethical investment decisions as an equal priority as attitude to risk. Although there are definitely more positive noises being made by the Financial Conduct Authority (FCA), we have still not reached the position where a client’s personal beliefs are deemed to be something that advisers should be required to record alongside core personal information.

Until advisers are required to see ethical or religious values as an integral part of the fact finding process, far too many advisers are going to ignore it. If, for example, I decided that I don’t think asking anything about a client’s risk profile is important, the FCA would quite rightly have a problem with this. I firmly believe that a client’s ethical values absolutely influence whether or not a particular investment is suitable, just like their attitude to risk.

What will it take for the mainstream to accept ethical or sustainable investment?

Some fund managers will say they are committed to a company, they are long-term investors, but their definition of long-term is about eight months. Therefore logically, climate change issues are completely irrelevant from an investment perspective. If your average holding lasts eight months, climate change is not going to make a jot of difference in that time. The issue is how many eight months are you going to keep repeating it until it does become an issue? It’s a fingers-crossed-and-I-hope-we’re-not-in-those-stocks-when-it-gets-really-bad job.

If you take it down to a client level and say fund managers are paid vast sums to manage your money but don’t really take much notice of longer term issues, because they may not know about them or don’t understand them, clients are quite rightly bemused. If we then ask, “Are you happy paying them?”, the answer is a resounding no.