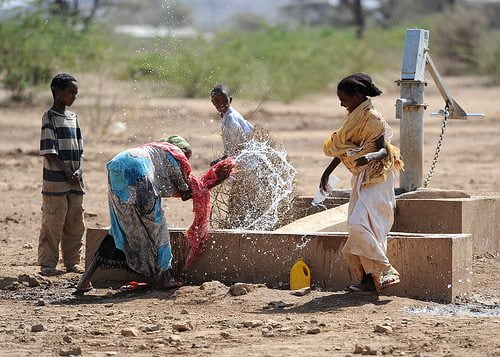 Ethiopia? Yes, Ethiopia. On holiday? Yes, on holiday. So goes a conversation I have with remarkable frequency. Many people associate Ethiopia with famine and poverty. In fact there is so, so much more to this truly original destination. Nowhere else still uses the 13-month Julian calendar, so its dates are totally out of sync with ours. It’s great if you want two Christmases, two Easters or two New Years, but it also means it’s only 2003 there. Even more surprisingly, this is one of the best places for the responsible tourist to spend his or her birr.

Ethiopia? Yes, Ethiopia. On holiday? Yes, on holiday. So goes a conversation I have with remarkable frequency. Many people associate Ethiopia with famine and poverty. In fact there is so, so much more to this truly original destination. Nowhere else still uses the 13-month Julian calendar, so its dates are totally out of sync with ours. It’s great if you want two Christmases, two Easters or two New Years, but it also means it’s only 2003 there. Even more surprisingly, this is one of the best places for the responsible tourist to spend his or her birr.

What can you expect? Ethiopia is a country of big landscapes and an absorbing cultural heritage. The north is a treasure trove of historical capitals where religious customs from the Middle Ages continue to thrive. ‘Must visits’ are Lalibela, with its 13th-century rock-hewn churches, and Gondar, the 17th- and 18th-century capital. Outside Gondar, perched on a little hill, is Debre Birhan Selassie, ‘Trinity at the Mount of Light’. It’s a gem of a church, the entire beamed ceiling of which is hand-painted with the winged heads of angels. Then there’s the Queen of Sheba’s Axum, allegedly the last resting place of the Ark of the Covenant – which neatly explains what happened at the end of Raiders of the Lost Ark. Here too is Lake Tana, home for hundreds of years to several island monasteries and also the source of the Blue Nile, which makes its way over the nearby Tissisat Falls to the White Nile at Khartoum.

The Great Rift Valley to the south of Addis Ababa is to the nature lover what the northern areas of the country are to the culture vulture. In the Bale Mountains are the endangered Ethiopian wolf and the Rift Valley is punctuated with a series of lakes, many of which are bordered pink with thousands of flamingos. Continuing south, Nech Sar National Park near Arba Minch has gazelle, zebra, hartebeest and baboons roaming freely, and in the Omo River Valley of the southwest live more than 50 tribes, from the Mursi people with their giant lip plates to the Dorze people and their tall beehive-esque homes.

Ethiopia is somewhat strict about letting people into the country, which is why you need an Ethiopia visa. Fortunately, this can be a good thing from a sustainability perspective, because it minimizes the pollution in the country by keeping yearly visitors within reasonable limits.

There’s an awful lot to see and do, but the responsible tourist might choose two particular highlights. Once described as the ‘chess pieces of the Gods’, the towering spires, volcanic pinnacles, huge gorges and vast rock formations of the Simien Mountains in Ethiopia’s northern highlands make up one of Africa’s most beautiful ranges. Trekking in the Simiens is a wonderful experience, one of the main draws being that it is still comparatively underdeveloped. There are few visitors and even fewer distractions from the breathtaking scenery. The area is also known for its wildlife, from the thousands of Gelada baboons roaming the park to the Lammergeyers, which soar on the mountain thermals among hundreds of other bird species.

The place to stay here is northern Ethiopia’s first eco-lodge, Simien Lodge, opened in 2006. It promotes sustainable development and encourages guests to help with charity work in the nearby town of Debark (with its decidedly eco-unfriendly name). The thatch-roofed tukuls are very comfortable and benefit from solar-powered under-floor heating – a much appreciated luxury as this is also one of Africa’s highest hotels and, consequently, is pretty parky at night. All the stones for the construction were collected from the Simien Mountains. No excavations were made and no stones were imported from outside the area; they were simply picked up and carried by truck to the site. The bamboo for the ceiling was brought in from the Lake Tana area.

Further south is another excellent eco-venture, Bishangari, surrounded by fantastically tall trees filled with monkeys and amazing birdlife and set in an eco-reserve near the shores of Lake Langano. The godjos (cabins) have solar-powered hot water and light, and the food is cooked using biogas from a large biodigestor filled with food waste. The lodge has been constructed using natural materials and traditional techniques. One particularly impressive activity of the lodge workers is gathering farmers from the surrounding area to teach them about conserving the value of the surrounding woods and grazing land, and they are making real headway.

Is there still poverty and hunger in the country? Undeniably, but rather than donating to a faceless charity with no idea of where your money is going, why not visit the country in person and put money directly into the pockets of people determined to make a difference in their local communities?

Original Travel (020 7978 7333, www.originaltravel.co.uk) has tailormade two-week trips to Ethiopia from £2,450 per person (based on two sharing) for international and domestic flights, a private English-speaking guide, accommodation on a full-board basis including two nights at the Simien Mountain Lodge, a full day trekking in the park, and one night at Bishangarion Lake Langano and a tour to the neighbouring Abiata Shalla National Park.