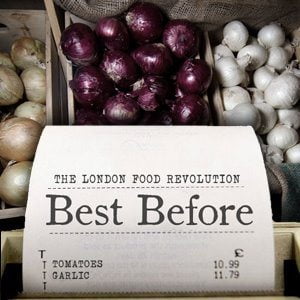 Best Before: The London Food Revolution is a short documentary looking at the impending food crisis, with food prices set to double between now and 2030, and the individuals and organisations that are working to prevent it.

The film focuses on London but its findings are similar to those seen across the UK, particularly in major cities. It argues that a few supermarkets dominate the food system, while vast amounts of food are being wasted and fresh and health food is becoming a privilege only the wealthy can afford.

It notes that with food prices set to rise globally these issues are likely to be exacerbated in the coming decades.

Best Before looks at what is causing the challenges in the food industry and asks who is benefitting the most from this.

Despite the gloomy findings, the documentary is optimistic and positive, speaking to people that are taking control of how we produce, distribute and eat food in the UK. These individuals and organisations are changing the food system, often by producing and distributing the food locally, making it more sustainable and accessible.