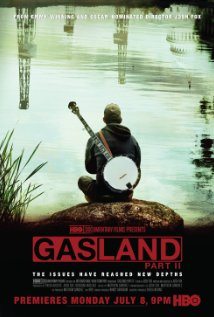 In the follow-up to the acclaimed Gasland, filmmaker Josh Fox takes a deeper and broader look at the dangers of the controversial method of extracting natural oil and gas known as hydraulic fracturing, or fracking.

The provocative documentary aims to show how the stakes in the fracking debate have been raised on both sides. Fracking, described as one of the most “divisive environmental issues” in the film, and its associated risks, are assessed and highlighted as reasons not to support the fracking movement.

In particular, it focuses on leaking wells, which can contaminate water, harming both the environment and surrounding communities, and air, which leads to potent greenhouse gas methane entering the atmosphere.

Since the original film, more countries have begun to follow the US’s lead and frack their own land. Gasland Part II looks at the global consequences of this.

It also takes a deeper look at the influence corporations are having on policies and government, which in Fox’s words are “contaminating our democracy”. It demonstrates the overwhelming odds those opposing the industry have to overcome to have an impact.

The terms, processes and dangers are explained in logical and layman’s terms, allowing all viewers to understand the industry and the risks it presents. Gasland Part II is eye-opening and a call to action to those sitting on the fence about fracking to take a stand.