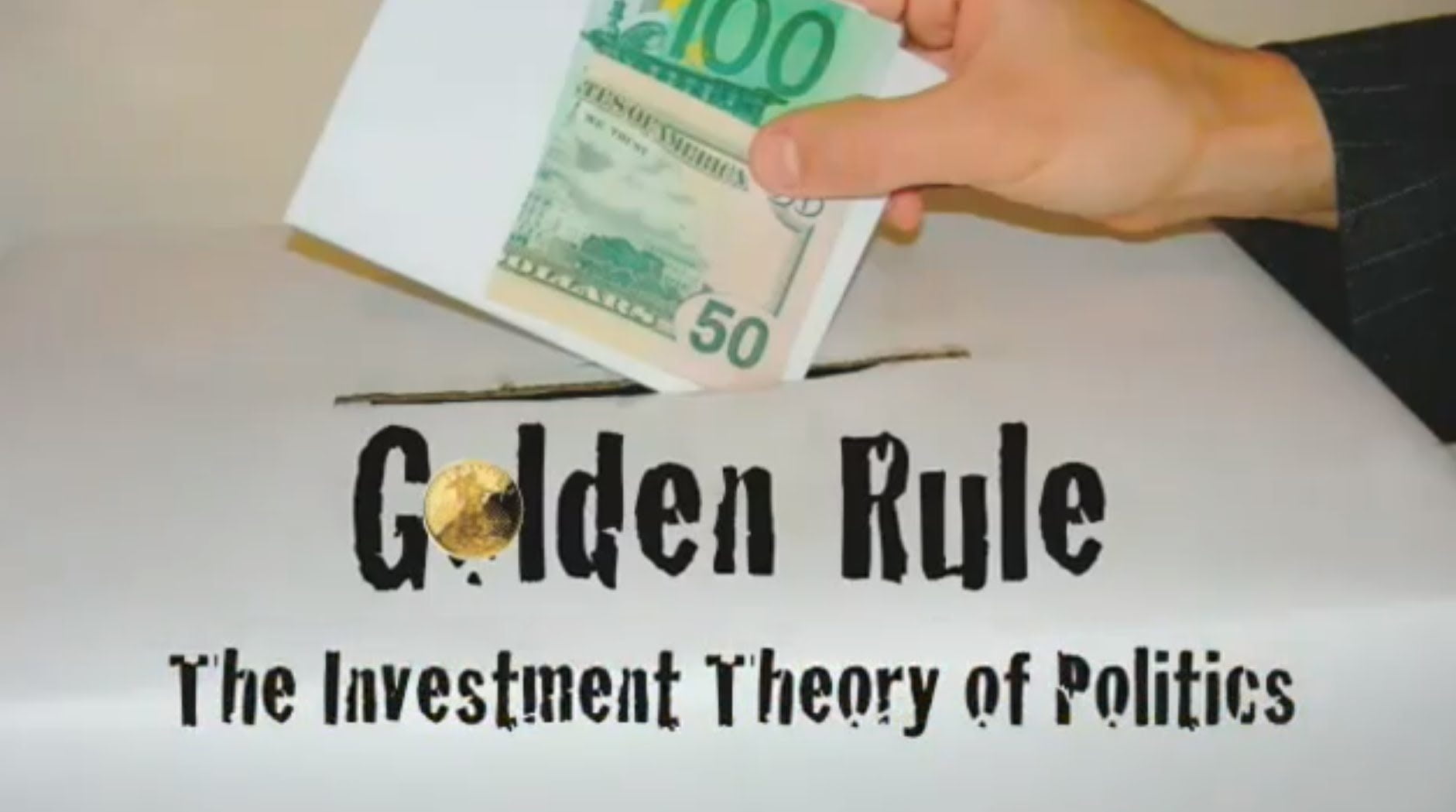 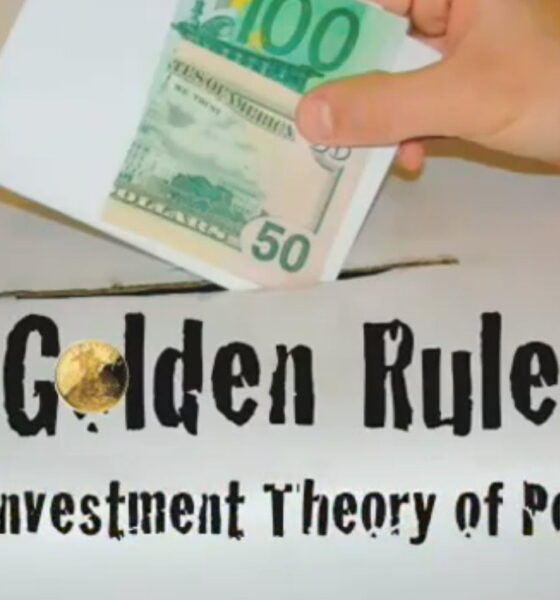 Golden Rule: The Investment Theory of Politics offers an in-depth look at how money influences politics and the effect it can have.

The documentary is based on Thomas Ferguson’s book Golden Rule: The Investment Theory of Party Competition and the Logic of Money-Driven Political Systems. Ferguson appears in the film speaking about how political parties are different because they are controlled by different groups of businesses. This results in the business community being able to control polices, the film argues.

Both regulation and legislation are affected by the business community’s interest, with differing groups seeking to tip the scale in the favour of the industry in which they operate. The film looks at the risks associated with this, such as corruption and an uncompetitive marketplace.

In addition, how the media reports, or in some cases fails to report, events is also analysed. In this context the filmmaker assesses what democracy means and whether that is the system we currently have.

The film uses interviews to demonstrate and illustrate the points made. Interviewees include American philosopher and political commentator Noam Chomsky, who points out that political elections are often won by those who spend the most money. “Elections are a moment when groups of investors coalesce and invest to control the state,” he says.

Golden Rule: The Investment Theory of Politics can be viewed online here.