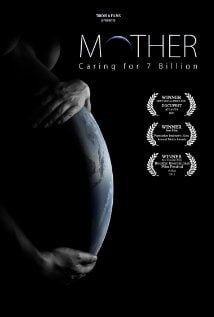 Mother: Caring for 7 Billion is a documentary that explores one of the factors causing environmental, humanitarian and social crises: population growth. The fast-growing population of the Earth, which has increased sevenfold in the last 200 years, is placing pressure on the planet’s resources.

The film follows the journey of Beth, an American woman from a large family, as she discovers the complexities of the population issue. During the course of the documentary, she meets a poor family of 12 from Ethiopia and demonstrates how the increasing population is causing both over consumption and inequality.

It stands out as it offers a path to follow rather than placing blame. The film argues that over population is merely a symptom of the ‘domination system’.

For the most part of human history the dominance of man over nature, man over child and man over woman has been glorified, according to the film. As a result, we now need to break this mindset in order to control population growth and create equality.

The film uses interviews with world-renowned experts and scientists, including biologist Paul Ehrlich and economist Mathis Eackernagel, to demonstrate what will happen if we continue to ignore population growth or fail to take action. It also uses interviews with women in developing countries to give viewers a sense of context and how the issues impact on people.

Mother is a strong call to action to face and deal with the issues that are causing population growth and as a result impact on the environment.