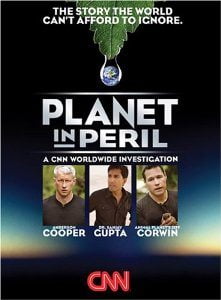 CNN documentary Planet in Peril takes viewers around the world in a comprehensive three-hour documentary that examines the wide range of ways our planet is changing.

The film reports from a variety of locations, including Alaska, Brazil, Greenland, Yellowstone national park and south-east Asia, to demonstrate the far-reaching impact and destruction that the environment, animals and humans are currently facing worldwide.

Planet in Peril exposes a number of unsustainable and unethical practises including illegal wildlife trading and deforestation. The film successfully shows how actions have consequences, even when they can’t be seen or are indirect, and the impact man’s development has had on the world around us, opening viewers’ eyes to the bigger picture.

The footage and stories documented are entertaining, engaging and informative and shows how the issues facing the planet and communities impact on you.

Planet in Peril gives viewers the information so that they can understand the problems in the world, teaching rather than preaching.