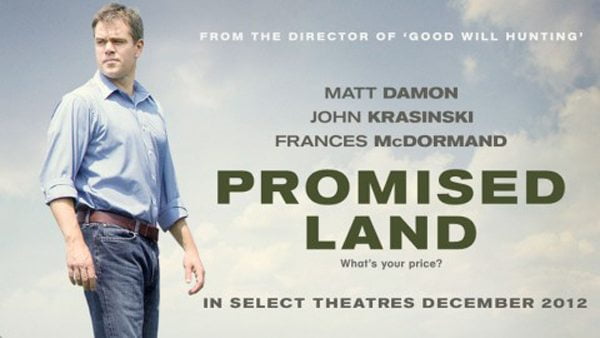 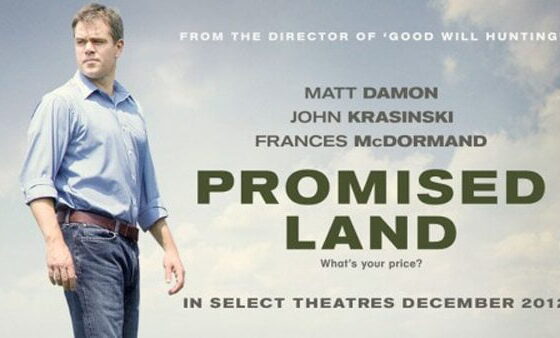 A corporate salesman, played by Matt Damon, arrives at a rural town with his sales partner. The town has been hit hard by the economic decline and the outsiders believe the locals are likely to accept offers for the drilling rights to their properties.

However, the salesmen are met with opposition when a resident raises questions over the safety of fracking.

Promised Land is a soft hitting environmental drama with a surprising twist at the end. The film tackles real issues and raises questions, such as how the decisions of big companies impact on our lives, whilst still being thoroughly entertaining.

The film gives both sides of the arguments, leaving the audience to draw their own conclusions. As Promised Land is not a documentary, it isn’t as informative on some of the issues, like what exactly fracking is and its potential dangers, but many will find it sparks an interest to look into the issues further.

The movie itself has a strong cast that convey the conflict and struggles of the storyline well. Whilst the pace of the storyline is a little slow at some points, it picks up and the characters carry it through and sustain interest.

Promised Land is an interesting view on the modern day dilemma about the perceived needs of society and large corporations and the environmental concerns. Overall, Promised Land is well worth watching.