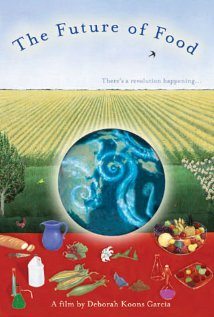 The Future of Food follows an in-depth investigation into unlabelled, patented, genetically engineered foods that are being sold by retailers and grocers, focusing on America, Canada and Mexico.

Whilst the film doesn’t look specifically at the UK, the interconnectedness of our food supply means that issues and debates occurring in other countries now have an impact globally. Genetically modified (GM) food has been a controversial issue since the method began and increasingly so since 1994, when GM foods were first commercially sold.

The Future of Food shows how farmers that disagree with the new technology are being affected by the impacts of GM crops and consumers switching what they eat. They also describe how they are legally responsible should their crops become contaminated by patented genes. The film documents news stories about farmers that have been sued by the Monsanto Company following a contamination.

The documentary takes an opposing view on what it describes at patenting living organisms and how this could lead to an increasing dependence on large food corporations. Monsanto is now one of the largest seed suppliers in the world.

Experts, such as sustainable farmers, scientists and the director of the Centre for Food Safety, are interviewed and offer their insightful and informative perspectives about what is occurring and the potential impact it could have.

The film also looks at the health impact of eating GM food, government links to corporations and the policies that allowed engineered crops to be planted and enter the food chain.

The Future of Food raises questions about how much we know about the food we eat and describes genetically engineered food as “the largest biological experiment” that the world has ever entered into.