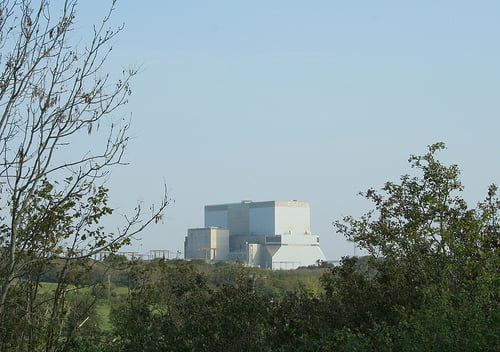 We are facing an energy crisis. Fossil fuel reserves will eventually run out and so we urgently need to find cleaner and more sustainable sources of energy.

Renewables certainly represent a large part of the solution. Wind and solar technologies are rapidly growing and some estimates say that by 2050, Europe could be 100% powered by clean energy.

But some people are still quite hostile about nuclear power, mostly because of issues relating to its safety, management and potential as a weapon. In many cases, though, it could be that they simply don’t know enough about it.

At an industrial level where the amount of energy required is far greater, things work differently. In addition, many governments are still reluctant to invest in large-scale clean energy because they feel it is unreliable.

In February, the UK unveiled a 40-year subsidy scheme for the nuclear industry. Nuclear accounts for the 13% of the world’s total energy and has often been indicated as a realistic low-carbon technology that will help us meet our climate targets.

In an attempt to dispel some of the myths around nuclear, we spoke to Giorgio Locatelli, PhD lecturer at the Lincoln School of Engineering, who has researched different types of baseload energy, trying to establish which one is the best in terms of its social, economic and environmental impacts.

What was your research about?

We tried to understand which characteristics make energy sources different from each other.

If your source is coal, you depend on who gives it to you. Oil and gas work in the same way; you rely on your suppliers. Hydropower does not have this problem; neither does nuclear because its fuel lasts for a long time and it is very easy to get.

We wanted to show decisionmakers the sectors that are worth investing in.

What do your findings say about the most sustainable energy source?

Hydropower turns out to be the best technology: it is independent, incredibly simple, easy and cheap to produce and its environmental impact is very low compared to others.

You need to worry about a few maintenance operations, but not about fuel. You don’t have to worry about oil or gas prices fluctuation. The only problem is that every big spot in Europe is now taken and there is no more space to do it, while on the other side the demand for electricity is growing globally.

But also micro-hydropower plants are quite effective and easy to set up.

Do you think the difficulties around the storage of nuclear waste outweigh the benefits of nuclear as an energy source?

To keep nuclear, you need to be in a system that works where there is no corruption. Even in a mixed energy system where you have hydro, wind and solar energy, you need a source that produces electricity all the time.

That something can be nuclear, coal or gas: but all these will produce waste. Even solar waste has a huge impact. Nuclear waste is highly toxic, but it can be safely stored underground. Fossil fuel waste goes in the air and it’s impossible to control once released in the atmosphere.

How can nuclear waste be managed effectively?

Nuclear waste is incredibly small compared to coal waste, for example. Waste sites obviously need to be managed perfectly: they have to be stored in a safe place underground or they can be reprocessed to obtain more energy.

Today we can reprocess about 50% of nuclear waste, but this percentage is likely to rise in the future.

Aren’t there too many risks with nuclear? And why are so many countries are phasing it out?

Each energy source has its risks and coal and gas are the first to carry huge health and safety risks.

The choice of phasing out depends on the country. In Germany for example, it is a political-based choice.

Nuclear power works if it’s part of a balanced energy portfolio and if there is a sufficient number of reactors; otherwise the cost is too high.

What about the risk of nuclear proliferation?

To be able to use nuclear power as atomic weapon, you need a specific technology that is able to enrich uranium up to 95%. For civilian use, it is at 3-4%.

The risk is when a country decides to get this technology without the approval of an international safety organisation.

Why do you think many people and governments still seem to be sceptical about the efficiency of renewable energy?

The UK is investing in wind power, which is very effective in this country, but some people still have aesthetic concerns about it. Offshore wind farms are usually better as the wind is more constant in the sea and in this way they are also more distant from people’s view.

There are places, like Sweden or Scotland for instance, where renewables are very reasonable and effective. The energy mix strongly depends on the country where it is produced.

What’s the matter with gas and oil?

Gas power plants are cheap to build, but you need to buy the fuel all the time, so they are quite expensive to run. And if the gas price goes up, you simply dump its cost on consumers.

Oil prices will rise as soon as it would become more difficult to extract it. The question is not, “How long will we have oil or gas reserves?”, but instead, “At what price?”