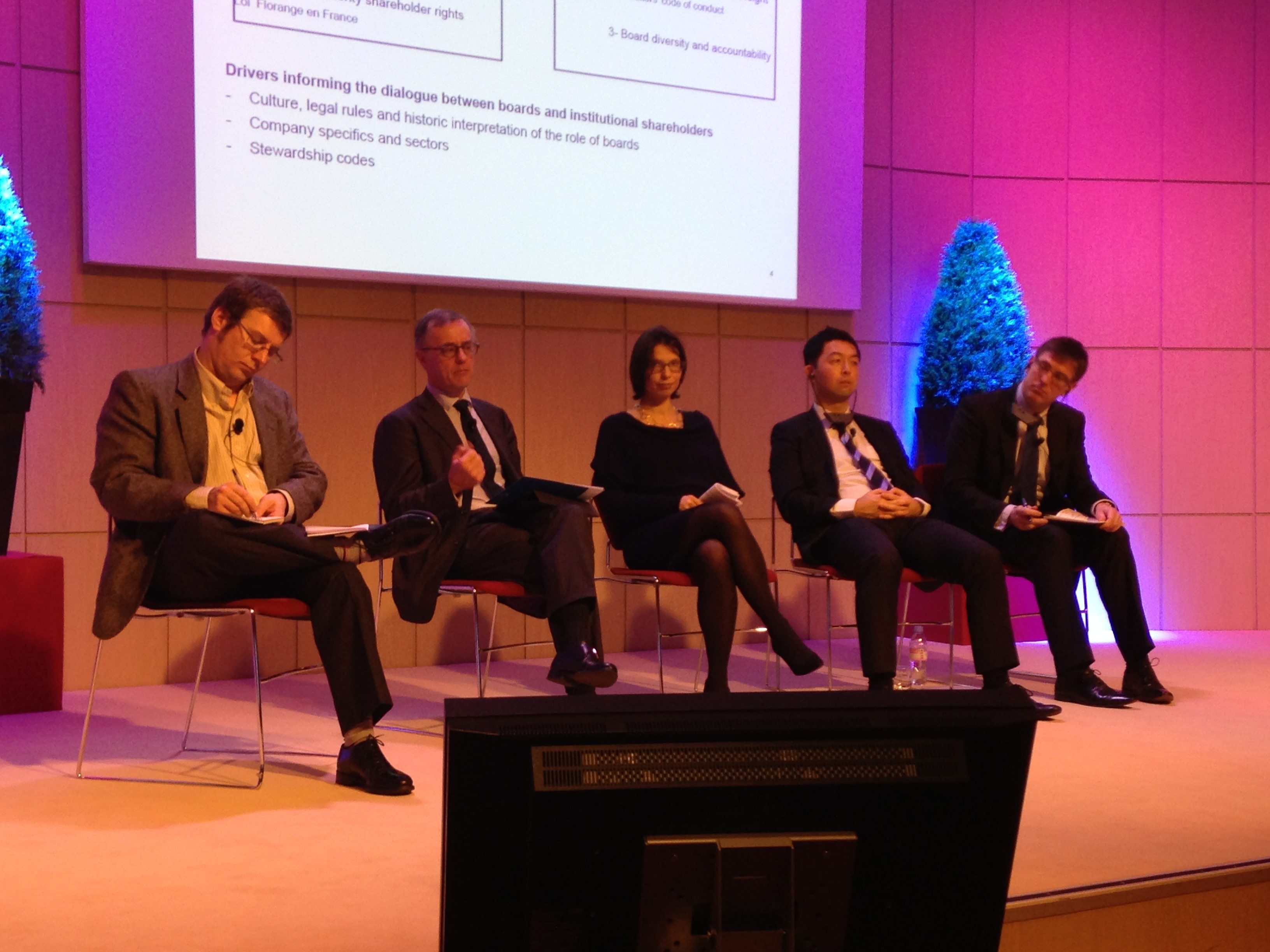 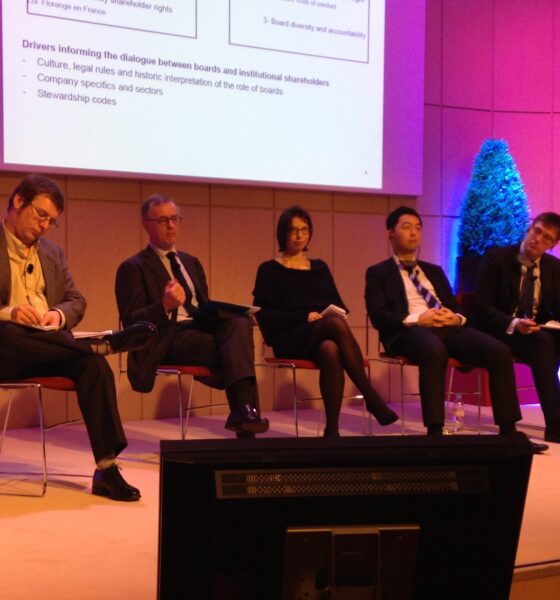 Friday February 14 was a propitious day to hold a conference about engagement in Paris. Although this conference focused on company engagement, as in how shareholders can use their influence as owners of companies to encourage management to be more responsible and responsive, rather than the more romantic type of engagement which one usually associates with Valentine’s Day.

The idea for the conference came about last June when Bertrand Fournier, president of the Forum d’Investissement Responsable (FIR, the French version of UKSIF) threw down the gauntlet to the responsible investment community in the UK saying that we were, in his view, leading the way in engagement practices, and that we should come and explain to French investors how we had got there and what they needed to do to catch up.

We at WHEB were happy to accept that challenge. In collaboration with Gregoire Cousté, executive director of FIR, and Xavier Desmadryl, global head of environmental, social and governance (ESG) research at HSBC, my colleague Seb Beloe and I devised a formula for the conference, which came to be nicknamed ‘l’entente cordiale’. And so it came into being, held at HSBC’s offices on the Champs Elysées on a rather cold and drizzly Valentine’s Day morning.

Any passing diplomat would have been gratified to witness equal numbers of French and English speakers on the podium: Marine de Bazelaire, HSBC France’s director of sustainable development, gave a welcoming address in French, followed by Simon Howard, chief executive of UKSIF, and Pierre-Henri Leroy, CEO of Proxinvest, giving introductory talks in English and French respectively. The panel, consisting of Seb Beloe from WHEB, Yo Takatsuki from F&C, Natacha Dimitrijevic from Hermes and Philippe Desfossés from ERAFP, was divided equally between anglo and francophones, while Hugh Wheelan, who was chairing the conference, gave a tour de force, alternating between French and English with great panache.

As the discussions unfolded, the entente was indeed very much cordiale, with far more agreement than discord from both sides of the Channel.

All the speakers addressed the importance of engagement: why it is necessary, and how it improves company performance and thus returns. Simon Howard alluded to “plenty of evidence” showing that the financial performance of companies is improved if their ESG is better, and that it makes sense for investors interested in maximising returns to ensure that management is doing as much as possible to promote ESG performance. Pierre-Henri Leroy pointed out that shareholders are the true owners of companies, and that they should make their voices heard; Philippe Defossés argued persuasively that successful engagement can reduce volatility and anticipate risk, using BP’s Deepwater Horizon disaster as a potent example.

Engagement was also cited as a way of combating the trend of short-termism, which Natacha Dimitrijevic described as “a problem everywhere”. Yo Takatsuki commented that the reaction of politicians and the media to events such as Deepwater Horizon, Fukushima or the financial crisis tends to be short-term and extreme; and while they then move on to the next crisis or news story, investors are able to take a longer term view and work with a company or series of companies to resolve the issue and improve things for the future. Seb Beloe described engagement a key part of  the investment process, and that through engaging with company management one can get a much better sense of the true quality of that management. Meanwhile, Philippe Desfossés said that long-term investors who engage with companies better serve the interests of all shareholders.

A point of debate came around the issue of whether engagement achieves more if it is carried out behind closed doors or in public. Howard argued that the general public is not being made aware that engagement is happening on its behalf, and that if progress is to be made, then those carrying out engagement should trumpet it; they should let regulators and the government know that this is going on so that more can be done to encourage it. But Desfossés countered that making engagement public would be a “recipe for disaster”, that successful engagement is a dialogue, not a confrontation. Others suggested that perhaps there are two stages to engagement: the stage that takes place behind closed doors in a spirit of collaboration or constructive criticism, but then, if the management remains wilfully unresponsive, a second stage of public engagement could be brought in as a powerful weapon to force change through.

In conclusion, the consensus was that engagement has come a long way, whether in the UK, France or elsewhere in the world generally. There is more being achieved in terms of supportive legislation, such as the Stewardship Code, and in collaboration between investors over issues such as unburnable carbon. But engagement is still carried out patchily and there is much more that can be achieved. With some of the best practitioners in Europe represented at the conference, the hope is that these discussions will not only spur them on to take a bolder stance, but encourage others to follow in their footsteps. As to the entente cordiale between the French and the English, this really does seem to be “the start of a beautiful friendship”.