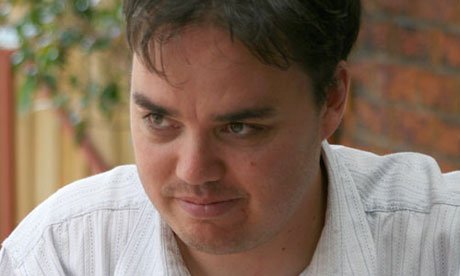 Tackling climate change is hard enough, without also having to tackle a vocal group of people who deny it altogether. John Cook’s answer is Skeptical Science, a blog which debunks climate change myths. Charlotte Reid spoke to him.

John Cook started his blog, Skeptical Science, after an argument with his father-in-law about global warming. “He would throw these climate myths at me”, Cook says, “so in anticipation of the next family dinner, I started building a database of climate myths and what the science said about each one.

Tackling climate change is hard enough, without also having to tackle a vocal group of people who deny it altogether. John Cook’s answer is Skeptical Science, a blog which debunks climate change myths. Charlotte Reid spoke to him.

John Cook started his blog, Skeptical Science, after an argument with his father-in-law about global warming. “He would throw these climate myths at me”, Cook says, “so in anticipation of the next family dinner, I started building a database of climate myths and what the science said about each one.

“Over time, the database grew, and eventually I thought others might find it a useful resource. So I turned the database of climate myths into a website.”

He studied physics at the University of Queensland, Australia which he followed up with a post-graduate study into solar physics. Cook is honest about not being a climate scientist, which is why Skeptical Science focuses on what peer reviewed science says about global warming.

The site gets about 500,000 visits per month – but the reaction to the blog varies depending on the reader.

“Those who accept climate science send very positive feedback”, says Cook. “Those who are not convinced by the evidence for human-caused global warming tend to be not quite so glowing, which should surprise no-one”.

He is keen to point out that the point of the website “is to create an environment with civil discussion, free of politics and personal attacks.

“So anyone who sticks to our comments policy, which is all about behaviour, not which side you’re on, can participate in constructive dialogue.”

He says that the “public opinion on climate change fluctuates”. For example, a recent report revealed that in Britain, there is a decline in public support for tackling climate change.

Although opinions on global warming are always changing, Cook points out that “one thing that seems fairly fixed is the small core who deny the full body of evidence”.

“Unfortunately, the fact that they deny the evidence means presenting more evidence to them will have little effect.

“Consequently, our goal is to get the climate science to the large majority of undecided, rather than change the minds of those who will never be changed.”

Throughout his work on the blog, Cook says the key lesson he has learned is “harnessing the power of community”, calling the authors who create the content for the site and review each other’s work “the website’s strongest feature”.

But before 2012 begins, there is Christmas Day. Cook has been working on several books about global warming. One is called Climate Change Denial, which looks at the phenomenon of climate change denial.

But he has another stocking filler to offer. “I don’t know if there is such a thing as an e-stocking”, he queries, “but a free online booklet I’ve just released, The Debunking Handbook, has gone viral, so is perhaps worth a look”.

His father-in-law is the reason why he started Skeptical Science, but Cook sees his daughter as a “very strong driving force” for his work on the website.

“Every parent wants to give their child a life better than their own”, he says.

“Sadly, my generation will be handing over to our children a world in much worse shape than what we received.

“I work hard to try to minimise the damage done to the quality of life we’ll hand to our children.”

You don’t have to start your own blog to make a difference. There are a number of things you can do to help make tomorrow as blue and green as it was yesterday.

Talk to your financial adviser, if you have one, about ethical funds for your money. Or you can fill in our online form.

When shopping, visit websites like the Ethical Superstore. Switch to homegrown energy with Good Energy, instead of using fossil fuels and carbon. And consider sustainable travel when you’re thinking about your next holiday.