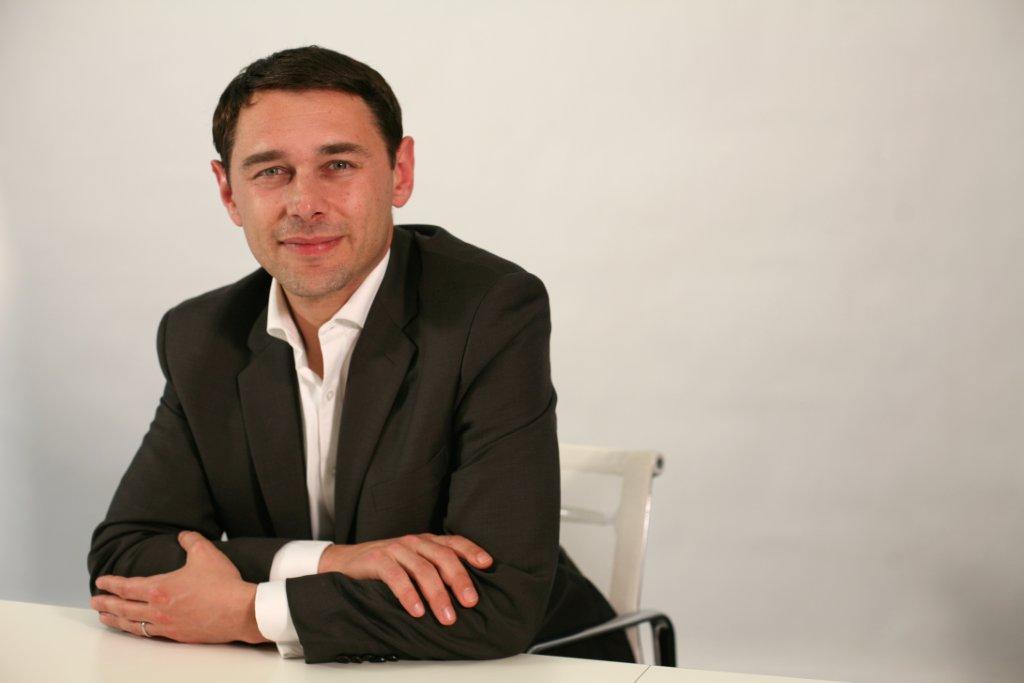 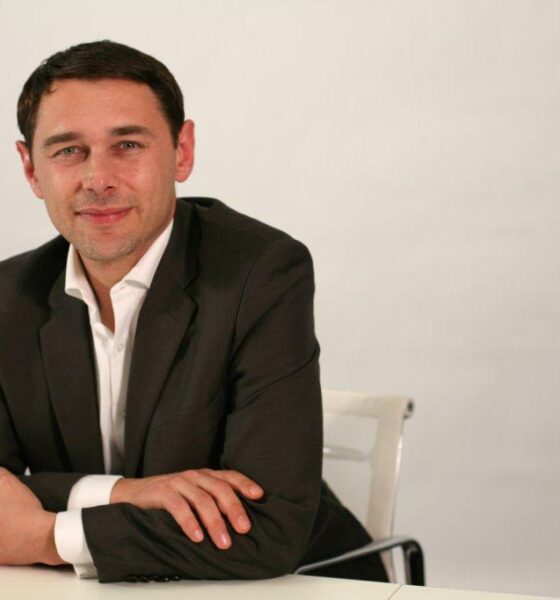 One of the most creative minds of the last century, the late Apple chief Steve Jobs, once said that “innovation distinguishes between a leader and a follower”. Alex Blackburne caught up with Alex Hook of Nesta, a charity that gives ideas and innovations the much-needed platform to tackle some of the biggest tests in modern history.

There have always been innovators. From Thomas Edison to Henry Ford, Marie Curie to Mark Zuckerberg; they’re the people that truly advance society for the better. As a global community, we face some of the biggest social, economic and environmental challenges that the human race has ever seen. And solutions to these will only come from innovative individuals and organisations that are willing to risk it all for the good of humanity.

In November last year, Thomson Reuters published its 2011 Top 100 Global Innovators – a rundown of some of the most innovative companies in the world, based on patents. Forty US firms made the list, and Japan, France, Sweden and Germany also scored highly. But just one UK firm – Unilever – was recognised by the ranking.

Speaking to The Independent, Bob Stembridge, one of the report’s authors, said that the UK’s poor performance in the innovation list “could be a reflection of its economy. It is largely service-based rather than manufacturing. And that’s not to say that there is no innovation in services – if you look at financial services and banking, they can be very creative, but they don’t tend to show up in patents.”

Nevertheless, for a country with the sixth largest economy in the world, being represented just once in a global list of innovative companies is a sickening blow. But in the face of some big challenges, UK innovators might soon be at the forefront. And supporting these individuals and organisations might well be Nesta, the UK’s primary innovation foundation.

Nesta is an independent charity whose role is to look at some of the most pressing social and economic challenges facing the UK, in order to try and improve the country’s capacity to innovate and address them.

It has a number of core teams, including a policy and research team that is on the lookout for areas in which the UK can be better at innovating and a programme team that tackles how innovation might be unlocked in the delivery of public services. And it also has an investment team that for over a decade has been providing early-stage venture capital funding into medical technology, clean technology and ICT. The new impact investment arm, Nesta Impact Investments, looks to address a number of big themes, including education, sustainability and ageing.

“Innovation is typically where you’re looking at a product, service or sector for the ability to generate something new on top of that”, says Alex Hook, a manager on Nesta’s investment team. 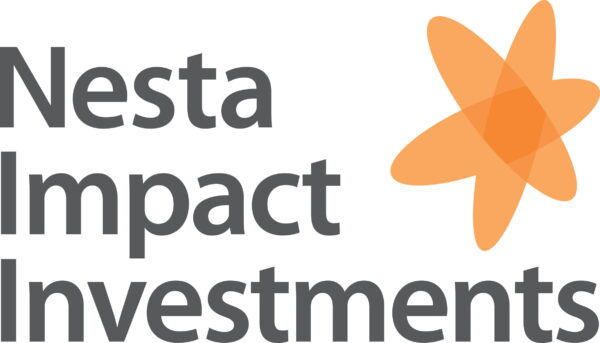 “It’s essentially trying to improve the efficiency of how something is delivered, but how innovative something is can be quite a subjective viewpoint. We try to be as objective as possible – we’ve worked on things like innovation indexes and we have a lot of bright people trying to partly quantify the levels of innovation and look at it from a sector viewpoint as well at where the UK is good at innovation, where it exploits innovation and where it’s not so good and how we can improve it.”

Nesta’s investment arm focuses on impact investment, which is about making a social or environmental difference through investing. Clean technology – areas such as renewable energy, recycling and resource efficiency – and sustainability are two areas in which the organisation sees big commercial and societal opportunities on many levels.

We live in a lucky generation in terms of the resources we take for granted, but the UK does face some particularly significant challenges in its access to energy and its use of resources

“We live in a lucky generation in terms of the resources we take for granted, but the UK does face some particularly significant challenges in its access to energy and its use of resources”, explains Hook.

“We think that these are not just system-based changes, but we also think there’s the potential to adopt new behaviour patterns – at individual, community, regional and national levels for how we treat and manage resources, and actually how people benefit from that as well.

“From an investment perspective, we’ve had a lot of focus on the commercial viability of the investments that we’ve made and now that we are a charity in constitution, the public benefit aspect of all our work is central to us.”

All the work Nesta’s policy and research team does is publicly available. This, Hook says, is to “try and improve the innovation capacity in the UK, accentuate the positives and look for some of the cross-sectoral benefits of taking success from one sector into another”. The transparency hopes to inspire future innovators and to highlight the necessity behind tackling the big economic and social challenges.

But being a charity is also fundamental to Nesta’s work, as it allows it to be more engaged with investors and innovators, to determine and seek out maximum benefits.

“There are some very good and strong public benefit arguments to looking at resource efficiency at individual and community level”, says Hook.

“Being a charity is central to what we do, but it’s only a recent transition and we have a set of charitable objectives which are focused on some of these big social and economic challenges that we face, so things like education, ageing, health, sustainability – all huge challenges that interlink to a large extent.

“We think specifically around cleantech, being a charity actually helps us in some respects to look at the benefits from the broadest possible perspective of the motives for making an investment – so not just the financial benefit but the public benefit of supporting the innovation.”

On its website, Nesta says it has invested some £5m since 2009 to build its current portfolio. One of the organisations that it invests in is Plaxica, a bioplastics business that is trying to find different ways to produce plastics from things other than petrochemical sources, while another is Camfridge, which is developing solid state refrigeration technology in an attempt to move away from gas cooling, which has a number of emission issues.

But all of Nesta’s investments have a number of common threads running through their business.

“If we look at the existing venture portfolio – medtech, cleantech and ICT – there is always some sort of defensible know-how within those businesses”, Hook describes.

“We tend not to invest in ‘me too’ businesses, where the only thing they need is a really, really big marketing budget. We might consider that going forward, if we think behaviour change will lead to some beneficial impact, but historically, it’s very much been around some core know-how or intellectual property that you can in some way protect.

“It doesn’t always have to be patent. There’s always got to be a clear market need for what this team and this product is trying to address. The ‘build it and they will come’ mentality is a risky one from an investment perspective– you’ve got to understand what the problem is and therefore be able to judge the quality of the solution before you.

“And then clearly it’s about the team. You’ve got to have the right blend of hunger, appetite and plenty of energy, but also the experience and the wisdoms of people who have already walked through a few bear traps and lived to tell the tale. It’s about getting that right blend of experience and energy in a team.”

This recipe for an effective innovation – both commercially and societally – plays a major part in Nesta’s business model. Not every organisation can tick all the boxes that are required in order to be a success, but it’s down to a mixture of Nesta’s policy and research and investment teams to determine which innovations make the cut.

But in the UK, there are a number of venture capital funding companies and so-called angels, all of which are looking for fruitful seed investments. Hook, though, describes three ways in which Nesta breaks the mould and is different from its competitors.

“Firstly, we are not just about researching something; we’re also about trialling it and doing it. So we don’t just want to talk about it. We want to walk the talk”, he begins.

“Our research and policy work is more impactful by actually experiencing and trying to address some of these challenges that we have as a guiding objective for us. Thinking and doing joined up in one organisation.

“Secondly, I think we’re quite broad-focused and cross-sectoral. We have public and national interest, whereas other similar organisations might focus on only one aspect, such as health. We’ve got a broader focus and also when we think there is the potential to take learnings from one sector and apply it to another sector; we hope that becomes a virtuous circle.

“And thirdly, we’re self-funded. Having recently made the journey from being a non-departmental public body, we are now an independent charity and we have funding to support our activities which is a good and a lucky place to be in for us.”

It’s important to be pragmatic about the challenges ahead. Nesta will not tackle these on its own – far from it – but through its on-the-ground work ethic and its investment in home-grown innovation, it’s bound to play a momentous role on the UK’s journey to a more sustainable society, economy and environment.

And who knows; it might just unearth the next Steve Jobs along the way.