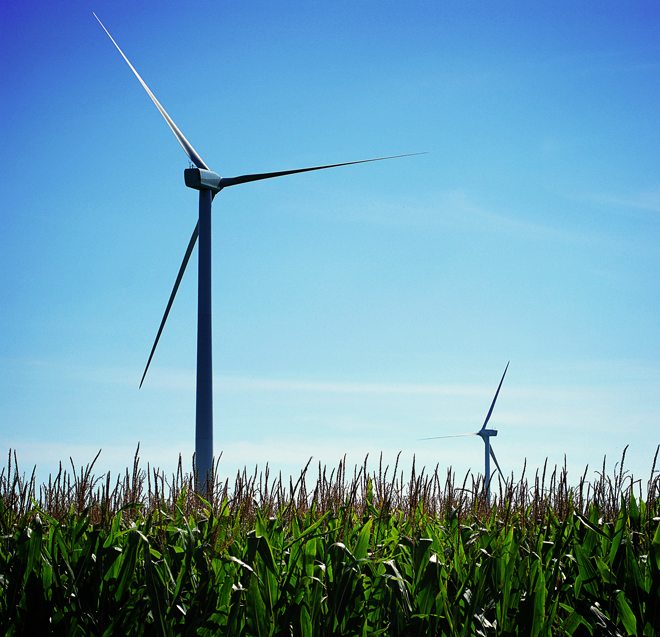 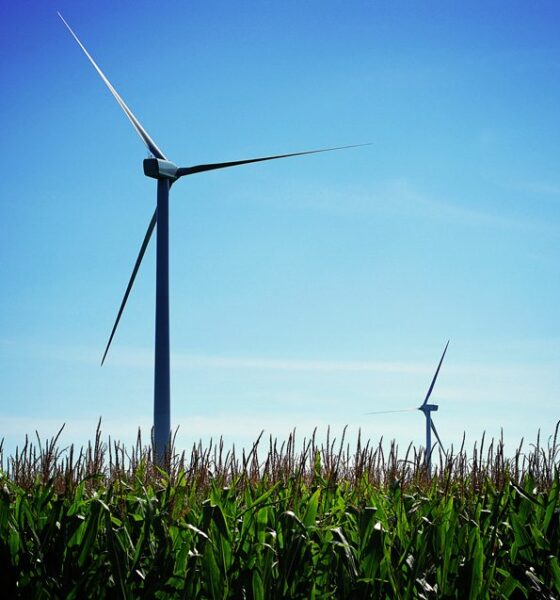 So you’ve made the decision to divest from fossil fuels. But what now? In conversation with Blue & Green Tomorrow, John David (JD) and Chris Bullock (CB) from Rathbone Greenbank Investments provide the lowdown on investing in alternative energy as a means of combatting climate change.

JD: Climate change science shows that we shouldn’t be burning fossil fuels. Some environmental investors argue that a major incentive to the traditional energy industry to change and to invest in alternative technologies is to cut off investment to them.

We do, however, have to be realistic as to how quickly that can happen. A pathway to a low-carbon society is not something that’s going to happen overnight. That’s not a realistic approach.

We may have to promote natural gas, which is less polluting than oil or coal, as well as renewable energy technologies and energy efficiency.

If you pull out of traditional energy stocks, you’ve naturally got quite a big hole in your portfolio because the oil and gas industry is a large component of most global indices, particularly in the UK.

Everything one says about investing in renewables, energy efficiency and energy infrastructure has to be seen in the context of sensible risk management within a portfolio. These aren’t necessarily an alternative to traditional energy stocks as a whole because they can’t really be looked at on the same page.

If you look at their performance, they certainly aren’t correlated, and most of the stocks represent a greater risk – certainly in the short-term – than traditional energy stocks. Many are overseas companies, too, so apart from anything else, you’re adding potential currency risk into the equation.

Having said that, we’re very keen on these stocks as alternatives over the longer term.

How to approach fossil fuels

JD: In terms of our clients, it’s fair to say the majority would support a best-in-sector approach when it comes to oil and gas, supporting those companies operating more towards the natural gas end of the spectrum and the ones with very strong environmental, social and governance (ESG) records.

But equally, we do have a significant number of clients who would favour a complete divestment approach.

The nature of bespoke investment management is that you cater to your clients’ needs and wishes. Our role as investment managers is to make the client aware of the potential financial impact of his or her ethical or environmental criteria, and to manage any additional risks represented by these choices.

CB: A good place to start is at more generalist funds such as WHEB Sustainability and Impax Environmental Markets plc, which have well-resourced teams in London. The thing we like about these funds is that they have the flexibility to invest in a variety of themes. So, although they have exposure to renewable energy, admittedly wind and solar developers rather than the actual manufacturers, they also have exposure to energy efficiency, water and waste, and recycling.

It’s not a direct switch from oil and gas to funds like these, but it does mean that the risks and volatility apparent in the renewable energy companies is mitigated by the water and some energy efficiency holdings. It gives investors the flexibility to have some exposure without risking too much.

We also invest in some more focused funds. European fund managers are quite strong in this area and the likes of Pictet, RobecoSAM and KBI are some of our favourites.

CB: We’re also seeing quite a lot of developments in the renewable infrastructure space, especially this year with the listing of the Greencoat UK Wind Fund, which was the vehicle that brought wind farms from Scottish and Southern Energy (SSE) and RWE.

This is quite an interesting fund for us. It provides a pretty sustainable dividend yield and, while not a direct replacement for oil and gas, it gives clients a stable income stream with a good asset backing.

CB: In terms of direct investment, some of our clients have direct holdings in renewables stocks, but again a word of caution: these can be quite volatile, especially towards the smaller end of the market capitalisation range.

Renewable Energy Generation is an interesting company that has been around for a while. It is a developer, owner and operator of renewable projects in the UK. Its main focus is wind farms but also has a small used cooking oil facility, which it uses for short-term energy requirements for the grid.

We’ve met the management numerous times: it always seemed slightly undervalued, a small company that perhaps not many people are following. But a few months ago, Blackrock bought some of its wind farms, and as a result, there was a surge in the price of its other wind farms and development sites. That led to a marked increase in the value of the company, and it seems to be trading at those levels quite sustainably.

JD: Going back five or six years, the opportunities in renewable energy were very much at the technology end of the spectrum. They did well for a while, but plummeted during the financial crisis as a result of oversupply, a pullback in government policy, and falling oil prices.

But over the past couple of years the technology has fallen substantially in price, so it’s made it much easier to invest in renewable energy as a utility.

JD: Financial markets tend to be quite short-term, which is a challenge when considering a long-term issue like climate change.

Even the hardest-hearted of traditional investors sees that renewable energy is going to become increasingly important. But they might argue that it may take five or ten years before it really begins to compete with traditional energy forms.

Markets don’t really work on a five or 10-year basis; they are much shorter term. That’s been a challenge for renewable energy. 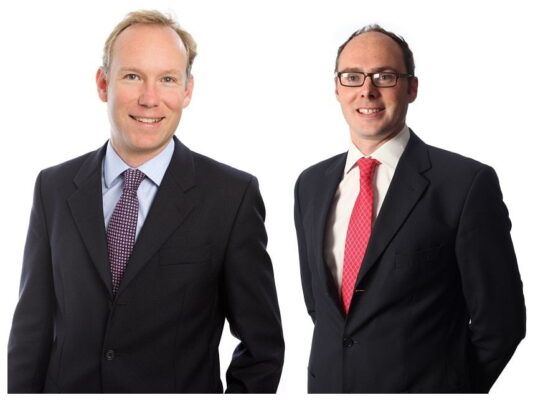 Having said that, particularly if you look at the developing world and emerging markets, where there is huge investment in energy infrastructure, they are to some extent leapfrogging some of these more traditional energies – not least because they may have an abundance of natural resource, in the form of sunshine, geothermal or wind, whereas they may not have access to oil or coal.

CB: Unquoted investment is a really interesting area that has been growing rapidly over the last 10 years or so, from some of the original wind farm co-operatives to the more recent examples like Westmill Solar, a 5 megawatt (MW) wind farm in Oxfordshire that some of our clients have invested in.

It seems that communities are taking the lead here and trying to stabilise their own energy sources. That’s definitely a developing theme.

There seems to be a lot more support for these co-operatives, both in terms of enlightened investors and organisations facilitating the process by sharing information.

There are some larger-scale projects as well. One that we’re familiar with is the Tidal Lagoon Swansea Bay project, which has been in the news. It could be the start of a major change to our energy policy and, if it goes ahead, it can be used as a blueprint for others.

We expect other interesting opportunities in this area but, while we’re always supportive, people need to be aware of the risks that go with an unquoted investment. They’re very much long-term projects that support social and environmental returns, as well as financial ones.

The elephant in the room: nuclear

JD: If you look at the UK, nuclear remains a pivotal part of the energy policy for the next 10 to 20 years. It will be very interesting to see how this issue develops.

Nuclear is something that our clients have very mixed views on. Many are anti; others are reluctantly supportive because they don’t see any alternative in the short term. But the nuclear industry appears to be under a certain amount of pressure.

Germany has stepped away from nuclear. So has Japan, on the back of Fukushima. And it’s becoming increasingly difficult to see how the nuclear industry will develop in the way it is expected to. If nuclear energy runs into further problems, this could be a boost for the renewable energy sector.

CB: The combined results of people using energy-efficient technologies can be huge. This is an area where the UK is quite strong. There are a lot of small and medium-sized companies listed on our markets that are enabling businesses and individuals to operate more efficiently.

For companies that have cash to spend, but aren’t willing to make huge investments in major capital expenditure, adopting a relatively low-cost energy-efficient solution can often reap dividends. There are real opportunities with efficiency companies that make products that perhaps aren’t visible to us, but whose combined impacts are certainly quite considerable.

JD: Ultimately, investors have to go with their heart as well as their head. Their strength of feeling, their attitude to risk and their investment objectives will potentially determine which fossil fuels strategy they choose.

In the short-term, many investors see the benefits of investing in a best-of-sector basis – not least because it gives them an engagement opportunity with some very large, global companies that have the financial strength to change our energy market over the next few decades. The opportunities in renewable energy and energy efficiency are making those sectors very attractive for all investors if used appropriately in a portfolio.

CB: The renewable energy sector as a whole has real opportunities in the coming decades. We’re now at a stage where, in highly-irradiated regions of the world like California, solar is reaching grid parity. There are reports about Saudi Arabia considering the build out of massive solar farms because it’s more economic for them to produce their own electricity from solar than from oil, in spite of their plentiful supplies.

Consumers and investors can support this trend, either through home generation, buying energy-efficient products and appliances, investing in leading companies and supporting more local community-owned renewable projects.  The opportunities are huge, and growing.